OPEC announces forecasts on oil production in Azerbaijan in 2019 Energy 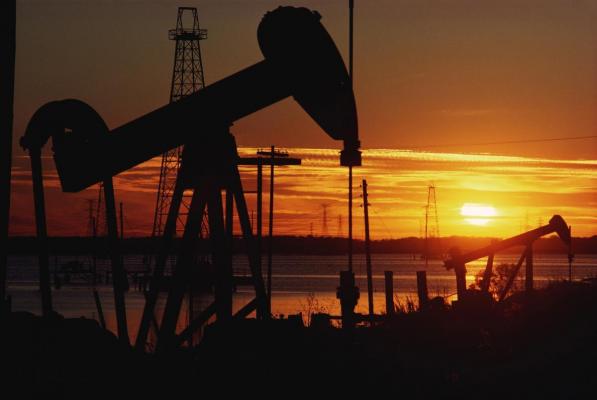 The oil production in Azerbaijan in 2019 will remain at the same level as last year and will average 800,000 barrels per day, the OPEC January report says.

The cartel’s report says that according to the Ministry of Energy, in 2018, Azerbaijan produced an average of 792,000 barrels of oil and condensate per day, which is 2 percent more than in 2017.

According to preliminary data, oil production in Azerbaijan in December 2018 declined by 27,000 barrels, reaching 710,000 barrels per day, due to the temporary suspension of production at the Azeri-Chirag-Guneshli oil and gas block.

The liquid hydrocarbons production in Azerbaijan in 2018, according to OPEC, remained unchanged - at the level of 800,000 barrels per day, and the annual figure is expected at the same level in 2019.

Earlier, Azerbaijan presented data on its daily oil production in December 2018 to the OPEC Joint Technical Committee within the framework of the Vienna Agreement,

According to the country's Ministry of Energy, last month, daily oil production in Azerbaijan amounted to 790,000 barrels, of which 721,000 fell to oil, and 69,000 to condensate.

OPEC and non-OPEC producers reached an agreement in December 2016 to curtail oil output jointly and ease a global glut after more than two years of low prices. OPEC agreed to slash the output by 1.2 million barrels per day from January 1, 2019.

OPEC and its partners decided to extend its production cuts till the end of 2018 in Vienna on November 30, as the oil cartel and its allies step up their attempt to end a three-year supply glut that has savaged crude prices and the global energy industry.

The 5th OPEC and non-OPEC Ministerial Meeting was held in Vienna, Austria, on December 7, 2018.

The next meeting of OPEC and non-OPEC format will be held in Vienna in April 2019 to revise the agreement.

The Organization of the Petroleum Exporting Countries (OPEC) is a permanent, intergovernmental Organization, created at the Baghdad Conference on September 10–14, 1960, by Iran, Iraq, Kuwait, Saudi Arabia and Venezuela. It was created by oil-producing states to control production quotas. Currently, the Organization has a total of 14 Member Countries. OPEC includes Algeria, Angola, Venezuela, Gabon, Iran, Iraq, Congo, Kuwait, Libya, the United Arab Emirates, Nigeria, Saudi Arabia, Equatorial Guinea and Ecuador. Members of the organization control about two thirds of world oil reserves, they account for up to 45 percent of all world production and half of exports.

OPEC + is 14 countries that are members of the organization of oil exporters, plus another 10 oil-producing states, including Azerbaijan. The total number is 25 participants, which account for the bulk of global oil production.

Russia is the second largest crude oil producer in the world after the United States. Its oil production level of 11.4 million barrels per day will be reduced by about 2 percent, to 228,000 barrels.