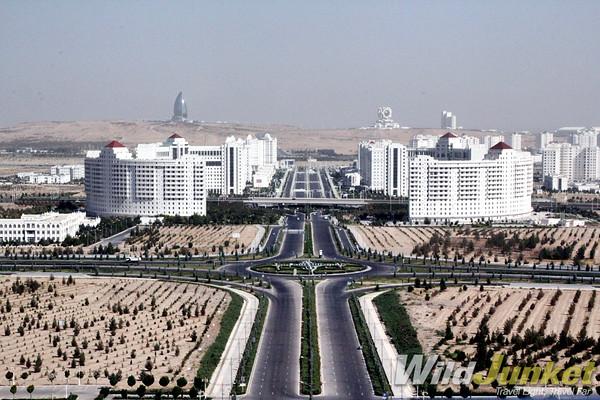 Another meeting of the Turkmen Interdepartmental Commission on the Caspian Sea was held in Ashgabat, the Turkmen government said Sept. 6.

The Turkmen Interdepartmental Commission on the Caspian Sea includes the representatives of the State Enterprise for the Caspian Sea under the president of Turkmenistan, the foreign ministry, as well as oil and gas, transport and industrial sectors of the country’s economy, the message said.

"At present, the mutual trade volumes of the regional countries are huge,” the message said. “But taking into account the great multifaceted reserves, it is possible to say that there are all opportunities to significantly increase the economic cooperation and bring it to a qualitatively new level."

According to the message, the transport sector and the use of the potential of the Caspian Sea as a major communication hub of continental significance is another strategic direction.

“The issue is to establish new relations among the Caspian-littoral countries,” the message said, citing Turkmen President Gurbanguly Berdimuhamedov. “The territories of these countries are the natural geographic area, connecting Asia and Europe and ensuring the effective functioning of the transport, transit and trade corridors along the East-West and North-South routes.”

According to the message, the new agreement envisages the establishment of the Caspian regional transport and logistics center.

Particular attention during the meeting was paid to the promotion of Ashgabat’s initiative on organizing the Caspian Economic Forum, the message said.

According to the message, two draft protocols, which are being worked out by the Turkmen side, were also thoroughly considered. Those protocols will complement the Agreement on Security Cooperation in the Caspian Sea, signed at the third Caspian Summit held in Baku in 2010.

Those documents will create a legal framework for cooperation among the competent agencies of neighboring countries in such fields as the fight against poaching and ensuring safety in navigation, the message said.

Russia in Syria: Caught Between Iran and Israel

Intermittent Israeli strikes against Iranian positions in Syria have alarmed Russia, which is trying to solidify its military ...