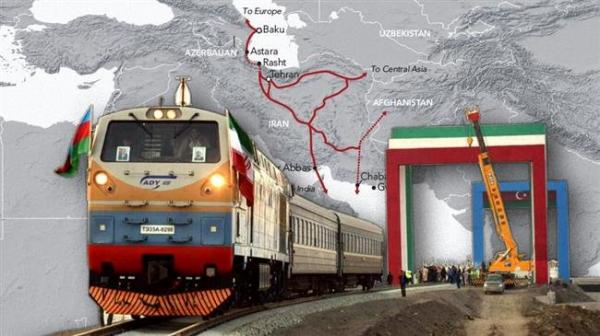 India, Iran and Russia will meet next month to discuss the operation of a 7,200 km trade and transport corridor that presents a cheaper and shorter alternative to the traditional route through the Suez Canal.

The International North-South Transport Corridor (INSTC), a multimode network of sea and rail routes, will link the Indian Ocean and the Persian Gulf via Iran to Russia and North Europe.

The project comes in the backdrop of China’s multi-trillion-dollar One Belt One Road initiative. Within Iran, the two routes overlap in a potential boon to future businesses.

New Delhi has been actively courting Tehran, given the utmost importance it attaches to the route and Iran has been receptive.

Once operational, the corridor will allow India to send its goods to Bandar Abbas in Iran by sea, from where they will be transported to Iran’s Bandar Anzali on the Caspian Sea by road. Next, they will be shipped to Astrakhan in Russia and transported into Europe by rail.

The route will cut the time and cost of delivering goods by about 30 percent to more than 40 percent. Compared with the Suez Canal, the corridor will reduce the transport time between Mumbai and Moscow to about 20 days. The estimated capacity of the corridor is 20 to 30 million tonnes of goods per year.

India’s Union Commerce and Industry Minister Suresh Prabhu on Saturday met a Russian business delegation in New Delhi, where he said "all issues may be resolved in order to operationalize the (INSTC) route as early as possible."

"The INSTC is the shortest multimodal transportation route linking the Indian Ocean and Persian Gulf via Iran to Russia and North Europe," India’s Ministry of Commerce and Industry said in the statement.

To access resource-rich Central Asia, India has to route its goods either through China, Europe or Iran. The routes through China and Europe are long, expensive and time consuming, with Iran being the most viable one.

The first dry run of the INSTC was conducted in August 2014 and the second in April 2017.

India is seeking to leverage the strategic Chabahar port in southeast Iran to link with the INSTC.

The country has committed $500 million to Chabahar that it is building chiefly to crack open a trade and transport route to landlocked Afghanistan.

Last week, senior officials from the two countries met their counterpart in Tehran to discuss a full commissioning of the port that the three countries are jointly developing.

It was the first trilateral meeting of the Coordination Council of the Chabahar Agreement, coming in the face of fresh sanctions imposed by Washington on the Islamic Republic.

"All sides shared the view that a full operationalization of the trilateral Chabahar initiative will promote connectivity and economic development of Afghanistan and the region," India’s External Affairs Ministry said in a statement.

For landlocked Afghanistan, the corridor means opening the way for billions of dollars in trade and cutting the country’s dependence on foreigners for aid as well as stemming the illicit opium trade.

Plans for a new Euro-Caspian pipeline will solidify the west's dependence on fossil fuels and authoritarian regimes. This new documentary ...

As a result of a recent meeting, a Turkmen-Romanian working group cooperating in the field of transport, have decided ...