New oil refinery to be built in Kazakhstan

New oil refinery to be built in Kazakhstan Energy 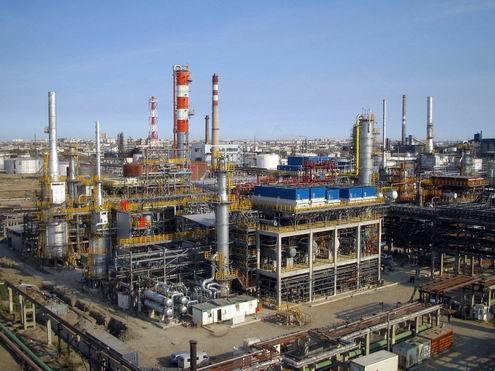 A new oil refinery plant will be built in Kazakhstan.

A land area of ​​100 hectares in Zhanaarkinsky district of the Karaganda region has already been allocated for the construction, the press service of regional administrative office said, Kazinform reported.

“The work is carried out by company Abylaihan. To date, land plot of 100 hectares was allocated for the construction of the plant, 70 hectares - for the construction of houses and social and cultural facilities. It is planned to build a small residential town with a sports complex, a medical center and a shopping center,” said head of Zhanaarka district Yurzhan Bekkozhin.

The Singapore firm invested funds to build the refinery.

“Now all design and estimate documentation is on state expertise. After the conclusion is received, construction will begin immediately. The plant will be located six kilometers from the district center of the village of Atasu. The plant and town are planned to be built within two years. The construction will involve 1,500 people. After putting production into operation, 500 people will be provided with permanent jobs,” Bekkozhin explained.

A contract with investors from Singapore for the total amount of 300 billion tenge was signed in Karaganda in the spring of this year. According to preliminary calculations, the plant will process up to 1 million tons of oil per year.

Kazakhstan's Energy Minister Kanat Bozumbayev earlier spoke in favor of the need to build a fourth refinery in the republic.

According to the forecasts of the Energy Ministry, there will be a need to increase imports of petroleum products by 2022. By this time, the fourth plant should already be built. In 2019, it is planned to attract investors and begin construction.

Kazakhstan has three major oil refineries - Atyrau, Shymkent and Pavlodar. Pavlodar and Atyrau refineries have already completed its modernization program, while Shymkent was expected to wrap up the reconstruction and modernization in September.

The refining capacity of all the three plants was said to increase from 13.8 to 16.5 million tons after the modernization. Production of all types of light oil products, gasoline, diesel fuel and aviation kerosene will increase. All plants will produce gasoline for 2.3 million tons more. The production of diesel fuel will increase for 917,000 tons and aviation kerosene for 539,000 tons.

The Central Bank of Azerbaijan (CBA) will hold a deposit auction to attract funds on July 11, the CBA said ...