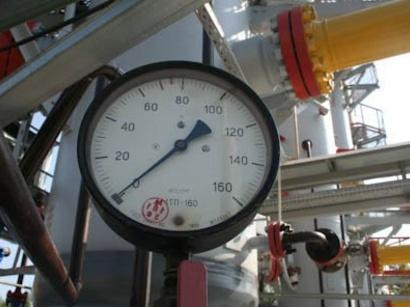 More and more countries are getting involved in a unique South Gas Corridor (SGC) project that will enable Europe to strongly improve its energy security.

On his visit to Croatia in early September, Azerbaijani President Ilham Aliyev stressed at a press-briefing with his Croatian counterpart that his country can make its gas capacities available to the world and Europe in an even greater volumes.

“Azerbaijan has very large gas reserves. Confirmed gas reserves stand at 2.6 trillion cubic meters. This indicates that we will take additional steps to increase gas production and we also intend to expand the geography of our exports,” President Aliyev said.

At a time when the whole volume of gas from Shah Deniz Full Field Development (FFD) within the SGC project has already been contracted, Azerbaijan is working over the other promising gas projects in order to be committed to its energy partnership and to meet its own interests as well.

On September 14, President Ilham Aliyev received Chairman and Chief Executive Officer of Total Patrick Pouyanne. Progress of the current activities on the joint development of the Absheron gas field as well as opportunities for joint development of other offshore fields were discussed during the meeting.

Earlier in September, Total, which is the field development operator, told Trend news agency that the first gas is planned to be obtained in 3Q2020.

Joint drilling operations with Total will be completed next year. The first production from the field is expected in 2020-2021.

Based on Total's estimates, the field’s reserves amount to 326 billion cubic meters of gas and 108 million tons of condensate.

Also, SOCAR has reached agreements with a number of foreign companies on identification and initial exploration of promising structures in the Azerbaijani sector of the Caspian Sea, Abdullayev said on Sept. 19.

He noted that in 2020, drilling of a new well will start from the second platform of the Umid gas condensate field.

“The well will be commissioned in 2021,” SOCAR president said.

A risk service contract for exploration and development of an offshore block includes the Umid gas field and the promising Babek structure in the Caspian Sea.

According to SOCAR’s data and the results of drilling of the first exploration well, the field contains over 200 billion cubic meters of gas and 40 million tons of condensate.

The reserves of the Babek structure may stand at 400 billion cubic meters of gas and 80 million tons of condensate, according to preliminary data.

As for the appraisal well at Karabakh oil and gas field, it is planned to be drilled by Dede Gorgud rig in 2019. The first gas is expected to be received in 2021, Abdullayev said.

In May, SOCAR and Norwegian Equinor (former Statoil) signed a Risk Service contract for the development of the Karabakh field.

On Sept. 19, SOCAR Vice President Suleyman Gasimov told reporters in Baku that 221 million manat out of total 663 million (some $390 million), envisaged in the 2018 state budget to increase the company’s authorized capital regarding drilling operations at the Umid-Babek and Karabakh fields, have already been allocated .

In addition to Absheron, Karabakh and Umid fields, where exploratory drilling is currently in progress, other prospective structures and gas condensate fields such as Shafag-Asiman or ACG deep-laying gas, are waiting in the wings.

In parallel with Azerbaijan, potential European buyers are working at the other end of the new gas supply chain.

Croatia expects to receive around 2.5 billion cubic meters of gas per year via the Ionian-Adriatic Pipeline (IAP), Croatian Ministry of Environment and Energy told Trend on Sept.19.

IAP is a proposed natural gas pipeline in Southeastern Europe (SEE) that will stretch from Albania through Montenegro, and Bosnia and Herzegovina, to Split in Croatia. It will be connected with the Trans Adriatic Pipeline (TAP) – an integral part of SGC. The capacity of the pipeline will amount to five billion cubic meters of gas per year.

The next meeting of Project Management Unit (PMU) for the Ionian Adriatic Pipeline (IAP) will be held in October 2018, the ministry said.

IAP is the second gas pipeline, in addition to IGB (Interconnector Greece-Bulgaria), which branches off from the main route of SGC.

Thus, it is clear that Baku decided it would not limit itself with only Shah Deniz gas and with only Greece and Italy as last destination points.

One day natural gas from newly developed Azerbaijani fields will appear somewhere in Montenegro or Croatia. SGC can provide such an opportunity.

We should talk about Iran

The land of the gods man is possibly the next superpower of renewable energy in the Middle East After years ...