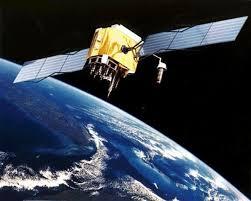 Head of Iran's Space Agency announced at a presser in Tehran that Iran would launch 3 satellites in the next 8 months.

"At-Sat, Nahid 1, and Dousti are the satellites their design and manufacturing have been completed and by March 2017, we will have launched either of Nahid or At-Sat as a communication satellite, and Dousti as an monitoring satellite," said Mohsen Bahrami, the Head of Iran's Space Agency, at a presser in Tehran on Tuesday.

Saying that At-Sat is a product of Amir Kabir University, Nahid of Elm-o-San'at University, and Dousti of Sharif University, Bahrami added that Pars, which is a measurement satellite is the next project of Iran currently undergoing.

"The launch of these domestic satellites is in line with the 'resistance economy' policies and even a contract will be signed next week to use an Iranian launcher for deploying Nahid 1 satellites into orbit," highlighted Mr. Bahrami.

He also recounted that an Iranian delegation has been invited by Italians to visit Mesbah satellite and discuss returning the device to Iran. Italy refused to hand it over to Iran under the pretext of international sanctions on Iran. “

Iranian researchers need to evaluate considerations to decide over the launch of Mesbah satellite into the orbit,” he added saying that it may no longer be cost-efficient.

Iran's Mesbah satellite was built in collaboration with Italy's Carlo Gavazzi Space S.p.A in 1998 and was unveiled in 2005.

Mesbah, a low earth orbit telecommunication satellite, was never launched as both Russia and Italy refused to continue cooperation with Iran on space projects due to the sanctions against Iran.