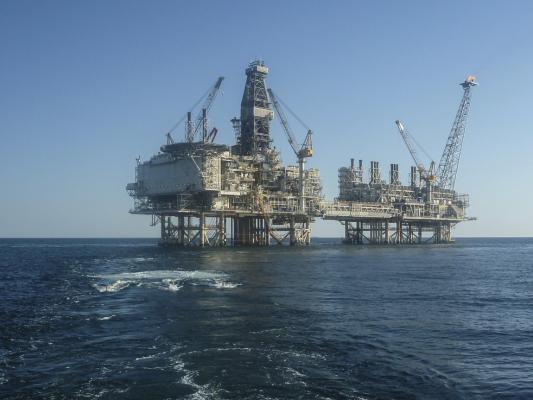 Nearly 400 million tons of Azeri Light oil and more than 120 billion cubic meters of associated gas has been produced in Azeri-Chirag-Guneshli (ACG) block of fields in Azerbaijan during less than 20 years.

The statement was made by Khoshbakht Yusifzade, first vice president of Azerbaijan's state oil company (SOCAR) at the Caspian Oil & Gas 2016 conference held in Baku on June 3, Trend reports.

Oil production at the ACG field, which is being developed by Azerbaijan together with its foreign partners, currently stands at 90,000 tons of oil and 36 million cubic meters of associated gas per day.

In January-May 2016, 13.5 million tons of Azeri Light oil was produced from the ACG. The proven oil reserve of the block nears one billion tons. The operator of the block of fields is BP.

The State Oil Fund of Azerbaijan (SOFAZ) received $1.493 billion in January to April 2016 as part of the implementation of the ACG project.

Yusifzade also noted that 72 billion cubic meters of gas and 16 million tons of condensate were produced from Azerbaijan's another large gas field Shah Deniz, which is being developed by Azerbaijan together with its foreign partners.

At the moment, 30 million cubic meters of gas per day is being produced at the Shah Deniz field.

The field's reserve is estimated at 1.2 trillion cubic meters of gas. The contract for Shah Deniz field was signed on June 4, 1996.

Yusifzade further added that almost one billion cubic meters of gas has been produced since the beginning of development (2011) of the largest gas field Umid in the Azerbaijani section of the Caspian Sea.
SOCAR conducts extraction at this field using its own funds, said the first vice president of the company adding that during this period, 153,000 tons of condensate was produced at the Umid field.
He also said that the extraction is being conducted from two wells at the field.

Currently, the third production well is being drilled, according to Yusifzade.

SOCAR's first vice president noted that the construction and installation of four new platforms are planned within the Umid field development.

"Drilling of 19 production wells is planned from these platforms," he said.

Azerbaijan holds 0.4 percent of the world’s total proved oil reserves and produced 1 percent of the global petroleum output in 2014, according to the BP’s statistical review of world energy 2014.

In the meantime, the country owns 0.6 percent of the world’s total proven gas reserves and generated 0.5 percent of the global total gas production in 2014.

New oil refinery to be built in Kazakhstan

A new oil refinery plant will be built in Kazakhstan. A land area of ​​100 hectares in Zhanaarkinsky district ...

Karabakh conflict is not similar to Palestinian conflict: Iranian ambassador   Azerbaijan’s parliament in general welcomes the country’s relations with ...