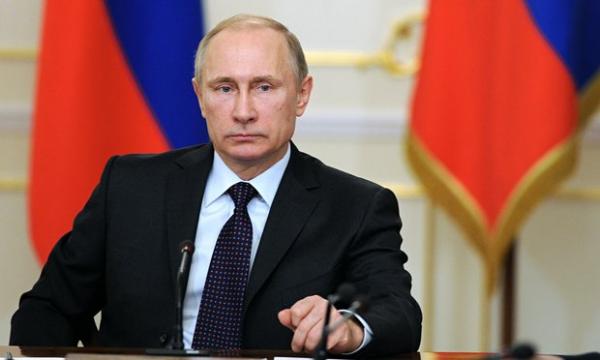 Moscow intends to continue to help Tehran in the implementation of Iran nuclear deal, as parties agreed on plans for construction of 8 nuclear power plants in Iran, said Russian President Vladimir Putin on Fri.

“Plans have been agreed on the construction of eight more nuclear reactors in Iran by Russian specialists. We will continue to help our Iranian partners in the implementation of the JCPOA, which includes working with enriched uranium and producing stable isotopes,” Putin said in an interview with Azerbaijan's state news agency AZERTAC on the eve of his visit to Baku.

"This is especially true for joint work in the field of peaceful nuclear energy, such as Iran’s first nuclear power plant in Bushehr that was built by Russian technologies,” he said.

Putin further noted that Russia and Iran intend to increase joint trade cooperation; “during the first five months of this year, the volume of our bilateral trade grew by 70 percent, to $855 million,” he added.