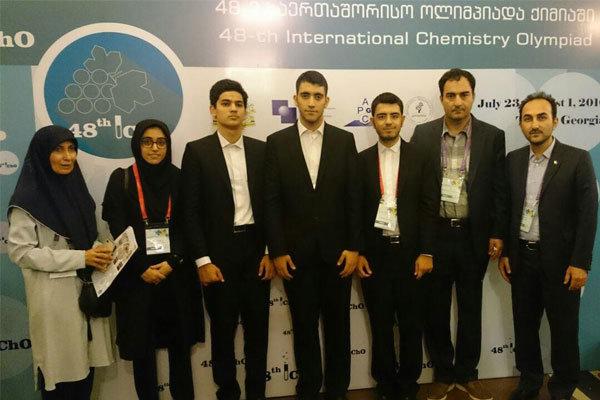 The international knowledge competition that gathered over 300 young chemists from 5 continents and 67 countries, took place from 23 July to August 1 in the capital city of Georgia.

In the competition, Iran’s Amir Ali Karimi and Peyman Mirghaderi each claimed a gold medal, while Iman Manbari Osguei and Zahra Kazemi each grabbed a silver medal.

Iran’s national chemistry team managed to rank 5th in the previous round of the Olympiad that was held in Baku, Azerbaijan.

Iran will receive only a fraction of the $500 billion it needs to modernize its infrastructure because foreign banks are ...

New law in Turkmenistan cracks down sharply on alcohol sales

A law sharply limiting the sale of alcohol has gone into effect in the former Soviet republic of Turkmenistan, ...