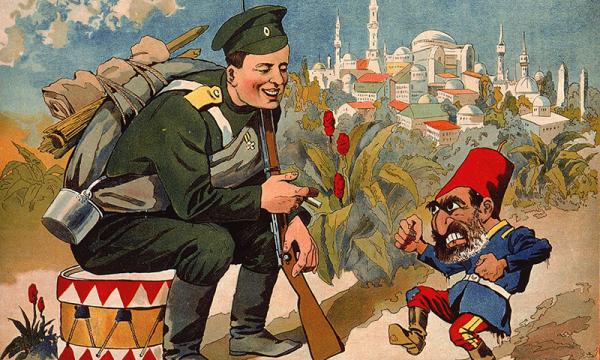 After the relations between Turkey and Russia worsened due to the incident with Russian SU-24 bomber in 2015, some say Turkey needs to decrease its reliance on Russian gas and diversify further gas supply routes.

He noted that the construction of the Trans-Anatolian Pipeline (TANAP) may partly facilitate this.

This pipeline stretches from Turkey’s border with Georgia to the Greek border of the country.

Yavuz further emphasized the great significance of TANAP pipeline not only for Turkey but for the whole region and added that Israeli gas will be useful on the matter to Turkey as well.

Russia is the biggest supplier of the natural gas to Turkey via Blue Stream and Trans-Balkan pipelines.

Turkey is the second largest importer of the Russian gas after Germany.

He thinks that warming of relations between Russia and Turkey depends on the Russian side.

“Turkey initially didn’t introduce any sanctions against Russia, despite the fact that Moscow violated the air borders of Ankara,” noted the expert adding that Russia, on the contrary, began to introduce sanctions against Turkey that caused damage to ordinary citizens.

In regards to the Turkish Stream - the suspended pipeline which previously envisaged carrying Russian gas via Bulgaria to southern and central Europe, Ismayil stressed that Turkey will not speculate on this project for the sake of improving relations with Russia.

The Turkish Stream project has geopolitical importance for Russia as well, he said, adding that Turkey will proceed from its economic interests in this issue.

Although, experts suggest that Turkey needs to reduce dependence on Russian gas, the government strives not to reduce but to bring back previous volumes of trade between two countries.

The vessels from the Black Sea fleet will continue sailing as part of Russia’s naval group in the Mediterranean tasked ...

Cargo flow from Ukraine to Kazakhstan through Azerbaijan may increase since July   The Ministry of Investments of Kazakhstan recommends from ...