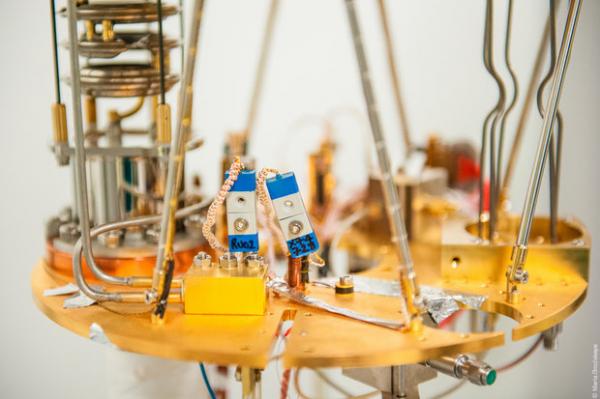 A team of researchers from NUST MISIS Superconducting Metamaterials Laboratory led by Professor Georgios Tsironis, used quantum approaches to gain a theoretical insight into the characteristics of a quantum superconducting metamaterial.

The results helped discover new coherent regimes for electromagnetic pulses in superconducting metamaterials, which in turn may open a new pathway to potentially powerful quantum computing. The research results were published in Scientific Reports journal, published by Nature Publishing Group, in the article “Qubit lattice coherence induced by electromagnetic pulses in superconducting metamaterials.”

Professor Alexey Ustinov, the head of the NUST MISIS Superconducting Metamaterials Laboratory, said “Georgios Tsironis along with his co-authors Zoran Ivic and Nikolaos Lazarides from the theoretical group within our laboratory, in their recently published theoretical paper described a new remarkable and captivating quantum effect. They used numerical simulation to study basic units of quantum information – qubits that have two quantum states, discovering waves of a new type. It turned out that quantum excitation pulses in such chains spread in the form of profiles that maintain their shape over time. This is a very exciting and unexpected result, and we are eager to conduct experimental studies so as to confirm it using superconducting qubits. The phenomenon predicted by our scientists could be used in quantum systems and superconducting metamaterials.”

Creating new superconducting metamaterials and studying the electromagnetic characteristics are among the key objectives for researchers at the NUST MISIS laboratory.

Using quantum approaches to analyze the characteristics of a superconducting metamaterial led to the discovery of quantum coherence effects.

The research project showed that two remarkable quantum coherent optical phenomena, i.e., self-induced transparency and superradiance, may occur during light-pulse propagation in this quantum metamaterial. It was also demonstrated that the propagating electromagnetic pulses may induce quantum coherent population inversion pulses in the metamaterial.

The research team that worked on the project believes that once these phenomena are proven experimentally, it could pave the way to major advances in quantum computing, specifically, for creating new quantum computing systems.

Superconducting Metamaterials Laboratory established in 2011 has now become one of the leading R&D centers in Russia in the field of theoretical and applied research on metamaterials.

According to NUST MISIS Rector Alevtina Chernikova, “in 2013, the lab staff, with their colleagues from the Russian Quantum Center, measured a qubit, which has never been done before in Russia."

In 2015, the same research team with their colleagues from the Russian Quantum Center, MIPT and the Institute of Solid State Physics of the Russian Academy of Sciences created the first superconducting qubit that can be used to produce quantum computers, he added.