War and Peace: the 5 best tours to Tolstoy's Russia Tourism 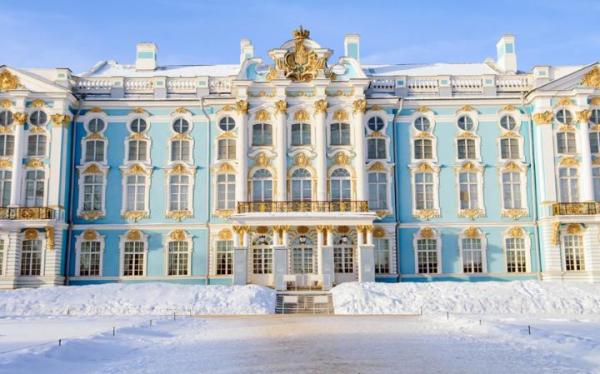 BBC One’s adaptation of War and Peace casts St Petersburg in the most glorious light. A number of operators, both mainstream and specialist, offer several itineraries which take in some of the film locations used in the drama, such as the Catherine Palace – the summer residence of the tsars – and Yusupov Palace, as well as the candy-coloured State Hermitage Museum, as the Winter Palace is now known.

From the best value tour to the best trip for single travellers, we handpick different ways to explore this endlessly fascinating city, with plenty of time to visit Moscow.

Trafalgar’s eight-day Wonders of St Petersburg and Moscow visits these two glorious cities. In St Petersburg, there is a tour with a local historian who will share insider stories behind the city’s key landmarks, such as the Tsar's Winter Palace, Nevsky Prospekt, St Isaac's Cathedral and the Hermitage Museum, with time to explore on your own. Meanwhile, in Moscow, the tour takes in Red Square, St Basil’s Cathedral and the Kremlin Walls, with an optional excursion to Trinity Lavra monastery in Sergiyev Posad, the largest religious and cultural centre in Russia. There’s also a special small group visit to the Hermitage Museum as well as a chance to watch a private dance performance onstage from students at the Theatre of Youth in St Petersburg. Departures between July and September, from £1,325 including some meals but excluding flights. Trafalgar (0800 533 5619; trafalgar.com).

A Majestic Russia tour from Cox & Kings has been created especially for single travellers with benefits including single occupancy of double or twin rooms at reasonable prices. The seven-day tour takes in St Petersburg’s imperial palaces including Catherine’s Palace at Pushkin, alongside Nevsky Prospekt, Vasilievsky island, and the Hermitage Museum, home to an extensive collection of European and Russian masterpieces, as well as Moscow's gems, viewing Red Square with St Basil’s Cathedral, the Moscow State University and Novodevichy Convent. There’s also an optional tour of selected Moscow metro stations, opulent underground ‘palaces’ adorned with marble and chandeliers. Departures between July and October, from £1,145 including international flights with British Airways and some meals. Cox & Kings (020 3642 0861; coxandkings.co.uk).

This 10-day St Petersburg to Moscow voyage along the Russian waterways travels through Volga, Svir and the Moscow Canal and stops at Moscow and St Petersburg, with visits to the Hermitage Museum and the Red Square, the Kremlin and Armoury Chamber. The trip also takes in Mandrogi, a reconstructed traditional village; the monastery of Kirillo-Belozersky and the open-air museum on Kizhi island, a UNESCO World Heritage site. The price includes nine excursions as well as onboard activites, such as Russian language lessons, traditional dance classes and folklore courses. Departures between September 2016 and September 2017, from £1,199 including flights and all meals. Saga (0800 300 400; saga.co.uk/rivercruises).

The writer who adapted Leo Tolstoy’s 19th century masterpiece for the screen, Andrew Davies, will be among the special guests on a 15-day Telegraph Tour through some extraordinary sights in Russia. Starting in St Petersburg, this itinerary will give a taste of the opulence of the tsars and their extravagant palaces, and the nation’s rich cultural tapestry from the Hermitage Museum to a private performance of Russian ballet. Your voyage along the rivers and lakes that connect to Moscow will encompass some truly arresting sights: the ancient wooden churches of Kizhi Island, the 14th century Kirillo-Belozersky monastery, and the rich layers of history in the Golden Ring of cities surrounding the capital city. Then as you explore Moscow, you will hear from two journalists with insight into modern Russia: John Simpson and the Telegraph’s Moscow correspondent. Departs September 17, from £3,995 including most meals and flights. Telegraph Tours (0333 005 9165; telegraph.co.uk/tt-russiacruise).

A five-day whirlwind tour of St Petersburg from Regent Holidays offers great value for money. Starting with a city coach tour, in the company of a knowledgeable local guide, you will visit key sights, including St Isaac’s Cathedral, the Hermitage Museum, the Catherine Palace with its restored Amber Room and the grand estate of Tsarskoye Selo in the town of Pushkin. There’s also a stop at the 18th century Peter and Paul Fortress, one of the oldest buildings in St Petersburg and the resting place of Peter the Great. Departures between July and December, from £799 b&b including flights. Regent Holidays (020 7666 1244;regent-holidays.co.uk).

IIKSS - President of Tajikistan Emomali Rahmon on January 3 signed a decree on appointment of Farrukh Sharifzod ...