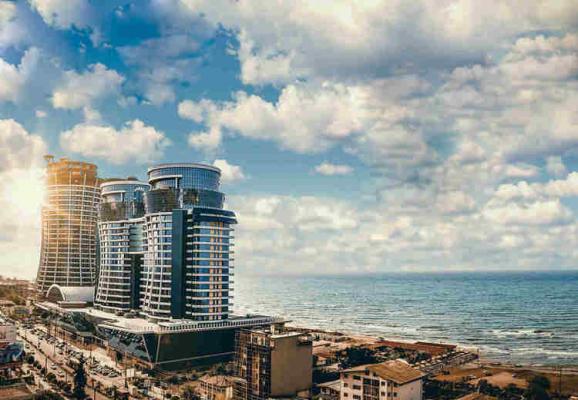 Iran, where beaches are segregated by gender and alcohol is banned, is getting its first foreign-branded seaside hotel, complete with swimming pools, bars and a spa.

Melia Hotels International SA plans to open the five-star property in a 130-meter (427-feet) tower on the Caspian Sea as early as next year, the Spanish hotel operator said in a statement on Wednesday. The announcement comes after a slew of trade sanctions on the Islamic republic were lifted in January.

"We firmly believe in Iran’s tourism potential," Chief Executive Officer Gabriel Escarrer said in a statement, which didn’t say whether alcohol will be served at the bars. "We have always been pioneers in the development of new markets."

Iran’s first foreign-branded hotels in decades arrived in October, when French operator Accor SA opened a Novotel and an Ibis near Tehran’s Imam Khomeini International Airport. Hoteliers including Dubai-based Jumeirah and Abu Dhabi-based Rotana want to cash in on growing tourism in one of the Middle East’s oldest civilizations, with its ancient ruins of Persepolis, pristine Persian Gulf beaches and snow-capped skiing slopes.

The Gran Melia Ghoo hotel will form part of a new district being built in the resort of Salman Shahr. It will compete with a property being built by Rotana to become the first luxury hotel operated by an overseas company in Iran since Ayatollah Khomeini’s revolution forced Hyatt, Sheraton and owners of other brands to flee in 1979.

Iran will probably have almost 900 hotels within five years, compared with 768 now, according to a forecast by Euromonitor International. Lodging revenue is set to increase about 25 percent during that time, the firm predicts, as the number of visitors is forecast to grow by a similar percentage to 6.3 million.

"It’s a tremendous opportunity," said Nikola Kosutic, Euromonitor’s head of Middle East research. "The quality of accommodation is not according to Western standards, and we expect a great shift on that front, mostly through launches of international hotel chains."

Still, some of the biggest hotel companies are holding back. U.K.-based InterContinental Hotels Group Plc, owner of the Holiday Inn and Crowne Plaza brands, currently has no plans to expand to Iran, a spokesman said. U.S.-based Hilton Worldwide Holdings Inc., is also holding off, despite seeing "significant potential for hospitality growth," the company said in an e-mailed statement.

While the the UN, U.S. and European nations lifted sanctions connected to Iran’s nuclear program in January, other restrictions tied to accusations of terrorism and human rights abuses remain.These prohibit U.S. companies from doing business with certain Iranian counterparts.

For Melia, based in Palma de Mallorca, the lifting of the sanctions means it can enter before U.S. competitors do.

"Our Mediterranean roots make it easier for us to connect with the Middle East
hospitality concept and philosophy," Escarrer said in the statement.

IIKSS - The UAE’s new strategy opens up the opportunities for the intensification of cooperation with Turkmenistan, UAE ...