Visa obtaining to be simplified for Azerbaijani citizens Tourism 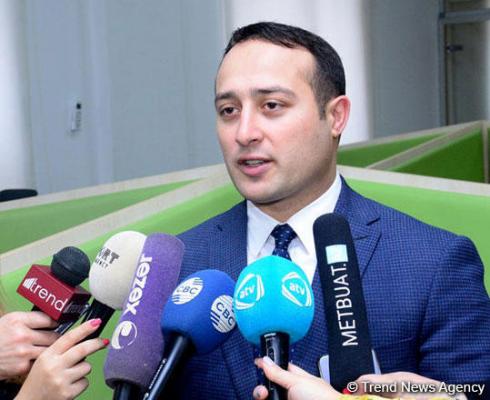 Azerbaijan will simplify the process of obtaining visas by citizens of the country to travel to foreign countries, the director of the e-Government Development Center Fariz Jafarov told reporters on Oct. 15.

An agreement has already been reached with several European Union (EU) countries and a number of other non-EU countries.

Jafarov also mentioned that ASAN viza was created in 2016 by the decree of President Ilham Aliyev.

"In the initial period, the concept was that foreign tourists applying for a visa using an electronic portal, could obtain it within three days. Then this period was reduced to three hours. From May 15, 2018, foreigners can also get a visa at the Heydar Aliyev International Airport. Presently, visas are issued to citizens of 15 countries not in three days or three hours, but in less than two minutes. We are further developing this concept and are also working to simplify the process of obtaining a visa for Azerbaijani citizens to travel to foreign countries," Jafarov said.

Jafarov also noted that, presently, Azerbaijani citizens should go to an embassy, present their passports and other documents in order to obtain a visa.

"This process is quite long. We are thinking about switching to a new, unique model for our citizens to enter the e-government portal and only choose the country where they want to go. And at the next stage, the e-government portal would enter into operation, that is, the E-government Development Center would provide all necessary documents to the relevant embassy," Jafarov added.

"A model of integration is possible directly to consulates or to intermediary companies. Each model is reflected in our concept. In this regard, meetings have been held with many embassies. We are considering various formats that would correspond to the legislation of Azerbaijan, as well as the legislation of the other side," Jafarov said.

“Status quo in the Nagorno Narabakh conflict cannot last for long and should be changed through negotiations." NATO Secretary General's Special ...