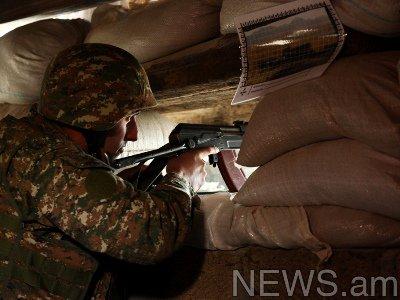 The adversary breached the truce along the Line of Contact between the Karabakh and Azerbaijani opposing forces around 170 times, from August 12 to 18.

During this time the Azerbaijan armed forces fired more than 1,500 shots toward the Republic of Artsakh (Nagorno-Karabakh Republic/NKR) military positions, and with various-caliber shooting weapons, the Artsakh Ministry of Defense (MOD) informed Armenian News-NEWS.am.

In addition, on Friday at around 12am, a 15-member squad of the adversary attempted to attack a combat position of the Artsakh Defense Army. But the latter’s forces detected this operation by the Azerbaijani attacking squad, and they pushed it back to its initial positions. The NKR Defense Army suffered no losses during the skirmish.

The Artsakh Defense Army vanguard units continue imposing their will along the frontline, and confidently performing their combat duty.