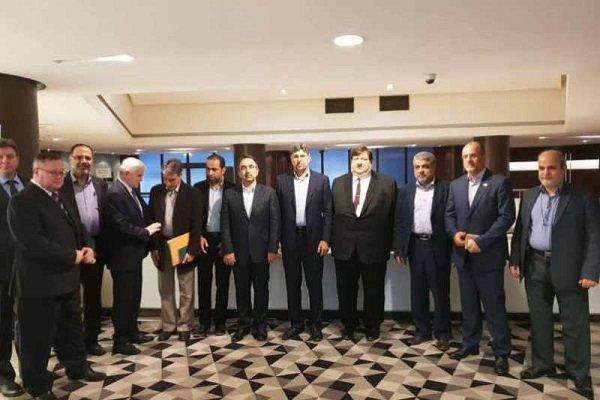 The Director General of Border Affairs Department at Iranian Foreign Ministry Shahriar Heidari said Sun. that Iran and Russia have signed a cooperation agreement on a pilot electronic blockade project on the borders.

Explaining the results of a recent trip of an Iranian Interior Ministry’s delegation to Russia, Heidari said “the border cooperation agreement between Iran and Moscow was signed after four meetings and rounds of negotiations between experts [of the two sides] and will be implemented by the Russian side.”

Heidari added “the exchange of experiences between the two countries on border control, the use of efficient electronic and optical technology, and smart border management were among the major issues discussed on the trip.”

He added "we visited the Russia’s border control system and its electronic and optical equipment.”

He further added that on the trip which lasted for four days from December 25 to December 29, four meetings were held between Iranian and Russian experts on border issues, adding that the agreement was signed after four rounds of talks.

The Interior Ministry official noted that the agreement is on a pilot electronic blockade project which will be carried out by the Russian side.

The Iranian delegation, headed by Heidari, also met with the Iran's ambassador to Russia Mehdi Sanei during the trip in Moscow.

Gilaks People The Gilani people or Gilaks  are an Iranian people native to the northern Iran province ...