On the horns of a dilemma: Water transfer from Caspian Sea to central Iran

On the horns of a dilemma: Water transfer from Caspian Sea to central Iran Political and military events 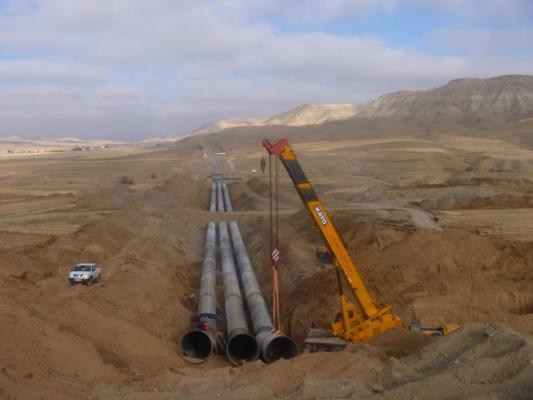 Water transfer from the Caspian Sea in northern Iran to the central province of Semnan has been a controversial scheme which has put many on the horns of the dilemma.

A number of countries have made attempts and have achieved enormous benefits. However, it definitely involves changes in the ecological environment in different basins.

On January 5 chief of Department of Environment Issa Kalantari told ILNA news agency that he has no objection to water transfer from the Caspian Sea to the central parts of the country.

“Providing potable water as well as water needed for industrial purposes is a must for the government by any means and water transfer from the Caspian Sea is one of those means,” Kalantari said.

Transferring water from the sea is alright provided that the environmental impact of the scheme is assessed, he said, adding that water transfer can be both good and bad.

He also highlighted that more than 100 percent of renewable water resources are being used in the country with agriculture sector being the biggest consumer saying that water transfer for agricultural use is not acceptable.

He went on to say that enviornmtal activist are not weighing up the matter properly the negativity is not good for the environment.

The environment chief also said that water shortage in central Iran would result in forced migration of the residents to Tehran.

Moreover, he added, other littoral countries have already installed pipes for gas and oil transfer deep into the sea which is against the law and Iran can also transfer water from the sea without negotiations.

We should safeguard our national interest, he suggested, restating that transferring water for agricultural purposes is not economically justifiable but for drinking and industrial purposes is a must.

He also ensured the public that the process will be done with the lowest environmental impacts possible.

According to a report by the YJC published on January 11, Mohammad Ali Shaeri, head of the agriculture committee of Majlis (Iranian Parliament), said the Caspian Sea is an enclosed body of water and any changes to it would endanger its ecology.

Water transfer from the Caspian Sea is a threat to the sea and should the project goes into effect the sea level will drastically drop and it will be dried out, Shaeri warned.

By implementing the scheme other provinces such as Tehran, North Khorasan, and other central regions would request water transfer from the Caspian Sea which would be a threat to the sea.

He further explains that carrying out this plan is an “ultimate betrayal” as it carries huge environmental and economic consequences.

In addition to environmental damages to the sea water transfer from the Caspian Sea can endanger the forests as well, he lamented.

The project will breed environmental and social consequences both for the donor and recipient basin as such plans are proved to be environmentally unsustainable.

Mohammad Torbatinejad, who is the spokesman for agriculture committee of Majlis said on January 9 that according to the national budget bill for the next Iranian calendar year (starting on March 21, 2019), no water will be transferred from enclosed bodies of water regarding its probable environmental consequences.

Aziz Abesi, an environmental expert, has also mentioned the environmental, social and economic impacts of the scheme.

“Installing pipes and building roads would definitely cause irreparable damages to the sensitive ecology of Hyrcanian forests,” he warned.

Moreover, as Alborz mountainous region is prone to earthquakes and land subsidence the pipes can easily break and salt water can cause damages to the national land areas, he added.

The dangers facing the environment

According to the US National Library of Medicine National Institutes of Health, the positive impacts include adding new basins for water-deficient areas, facilitating water cycle, improving meteorological conditions in the recipient basins, mitigating ecological water shortage, repairing the damaged ecological system, and preserving the endangered wild fauna and flora.

Caspian Environmental Service CaspEcoControl in Turkmenistan is inspecting activities of foreign and domestic companies engaged in sea and land ...

IIKSS - Turkmenistan’s activity within its chairmanship at the International Fund for Saving the Aral Sea (IFAS) will ...

Russian warships have started searching for mines and submarines in the Black Sea and the Caspian Sea in the framework ...