Marriage in russia, with russian girls

Marriage in russia, with russian girls Caspian geography and anthropology 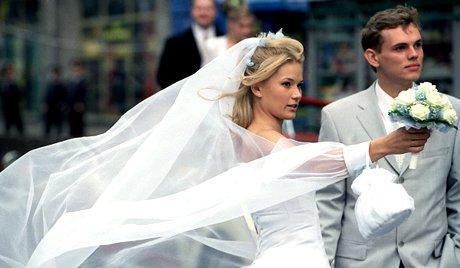 Marriage relationships, recognised by law, are created through registration at the state office of civil registrations (ZAGS). From 1917 a religious ceremony does not trigger legal consequences.

The legal formalities required for marriage are comparatively simple. One month before registration both, a fiancee and a fiance, must present a written application to the registrar. This must be done in person; it cannot be done separately or through an attorney. Essentially, the procedure is the relic of good old engagement. Under certain conditions the period between the filing of the application and the wedding can be extended, shortened or eliminated.

The general requirement to the age of the parties is that either must be at least 18 years old. With the consent of the relevant municipal body a person of 16 years old can marry.

Marriage between two people who are related to each other in certain ways is prohibited. Specifically, marriage between following is not permitted: parent-child, grandparent-grandchild, brother-sister (including half-blood relations), and stepparent-stepchild.

Parties must be respectively male and female: Russian law does not allow the same sex marriages.

A foreign citizen getting married in Russia, as far as his or her capacity to marriage is concerned, must comply with both the requirements of his or her home country and those of the Russian Federation. For instance, a Japanese man aged 19 will not be allowed to get married in Russia because marriageable age in Japan is 20. Matrimony with a married Egyptian will not be registered: though polygamy is acceptable in Egypt, it is illegal in Russia.

Nazarbaev's clenched fists: For Cossacks or economic reforms - (analysis of fluctuations in the Republic of Kazakhstan's ability (government weight) index)

Nazarbaev's clenched fists: For Cossacks or economic reforms???!!!! (analysis of fluctuations in the Republic of Kazakhstan's ability (government ...