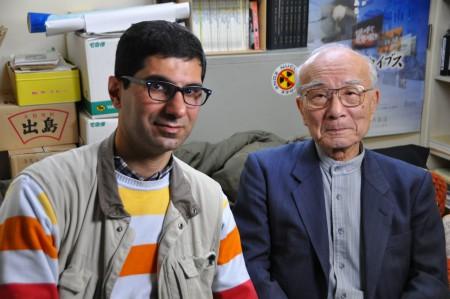 The ceremony was arranged by Iranian embassy in Japan to appreciate his valuable and impressive media activities especially those related to 2011 earthquake in Japan.

He was the only photographer-journalist who didn’t quit Fukushima after 2011 earthquake about which everybody was concerned of the danger of radioactive leakage.

He also stayed with Japanese tsunami-stricken and recorded 400,000 photos.
Iranian ambassador to Japan, Iranian cultural attaché in Japan and some Japanese officials praised Valy Nejad for his works in the ceremony.

His experiences in photography in Bam earthquake and Afghanistan helped him to take the most popular photos in the world.

'Caspian Fishermen' and 'Fukushima Nuclear Disaster' are his latest exhibitions which were held last year on the occasion of the fifth anniversary of tsunami.

Azerbaijan realizes 45.5 percent of its SGC financing obligations Azerbaijan is fully committed to invest in Southern Gas Corridor (SGC), including ...