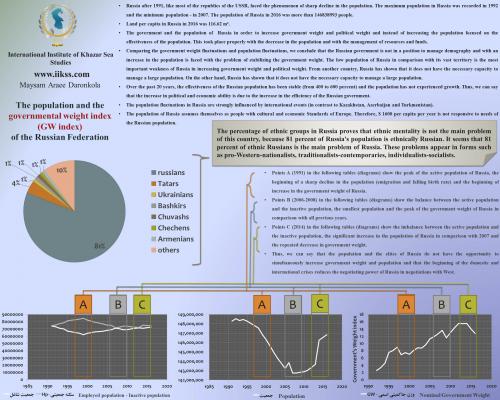 IIKSS- Russia is among the countries which after disintegration of the Soviet Union has faced the phenomenon of the withering and decline of the population. This phenomenon, despite the negative consequences has caused increase in government weight and political weight of Russia. More precisely, the government of Russia with establishment of stability in administrative layers and also with the management of demography could restore the government weight and political weight.

The following tables and charts show this well.

The Labyrinth of the Caspian Sea Legal Regime in an interview with Tasnim Dr. Maysam Araee Daronkola, ...