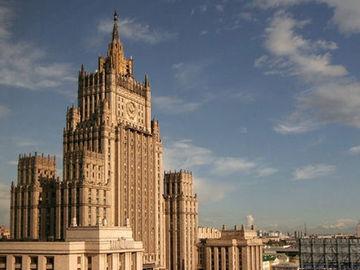 The meeting will be held at the initiative of President Ilham Aliyev.

The interaction of the RF, Azerbaijan and Iran in the energy sector will be one of the talks of the foreign ministers of these countries on April 7 in Baku, Oxu.Az reports citing Russian Foreign Ministry.

"In general, of course, the topic will be discussed," the director of the Second Asian Department of the Russian Foreign Ministry Zamir Kabulov told Interfax responding to a question the agency.

In addition, issues related to the Caspian problems will be considered at the meeting.

"Coordination of the documents relating to the legal status of the Caspian, and many other things will be proposed," Z.Kabulov said.

According to the diplomat, "we have ideas for improvement and development of trilateral transport and energy cooperation."

"It is known that Russian Railways will be engaged in the development of the railway network in Iran. In practical terms the matter is about the passage of this railway line through Azerbaijan further as part our project entitled "The international transport corridor North-South"' Z.Kabulov said.

He added that "political issues will be also discussed."

"They will discuss the overall situation in the region, the South Caucasus, possible joint efforts to stabilize the region," the diplomat said.

At the same time, he noted that the initiative of contacts in this trilateral format belongs to the president of Azerbaijan Ilham Aliyev.

Iran, Russia in talks over electricity exchange   A new report says Iran and Russia are in final talks over ...