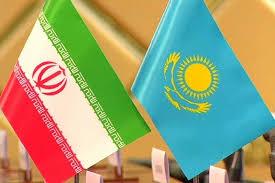 IIKSS- Iranian and Kazakh deputy FMs, at a meeting in Astana, investigated venues for bolstering bilateral relations and exchanged views over regional and international issues.
During the joint session, which was attended by Iranian Deputy FM for Asia and Oceania Affairs Ebrahim Rahimpour and Kazakh Deputy Foreign Minister Akylbek Kamaldinov, both sides evaluated trend of ties between the two countries as satisfactory and emphasized the need to exploit existing opportunities to further elevate relations, accelerate implementation of earlier agreements, facilitate visa issuance for nationals, especially businessmen, economic activists and drivers as well as improving banking transactions.
Both parties also called for protecting the rights of citizens of the two countries in addition to increasing volume of trade turnover.
Iranian and Kazakh officials, while reviewing regional developments in Central Asia, the Middle East, Afghanistan, the Caspian Sea and threats of extremism and terrorism, recognized shared positions and interests of the two countries stressing the need to develop regional relations, fight against common threats and increase effectiveness of regional structures.
Another topic highlighted at the meeting was coordination for a range of programs including exchange of political, economic, parliamentary, scientific and cultural delegations, holding meeting of the Joint Economic Commission between the two countries, active participation of the Islamic Republic of Iran in EXPO-2017 in Astana, Kazakhstan's participation in transport and transit projects in addition to construction of terminals and logistic centers.
It is worth mentioning that political consultations between Iran and Kazakhstan are held every six months at the level of deputy foreign ministers and aimed to investigate bilateral relations between the two sides.