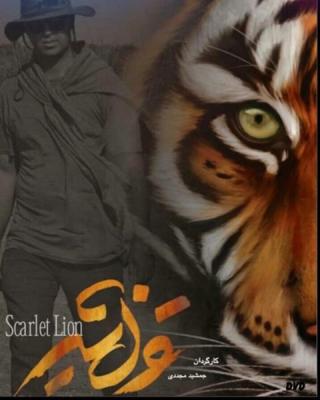 IIKSS- A new documentary directed by Iranian filmmaker Jamshid Mojaddadi about the Caspian tiger has warned about breaching the rules of nature.
He has recently completed shooting the documentary “Scarlet Lion” (“Qezel Shir”) in northern Iran where the Caspian tiger or Hyrcanian tiger once lived. The species became extinct about 70 years ago. The locals call the Caspian tiger qezel shir.
“This documentary tells humans that they must not treat nature however they please,” Mojaddadi told the Persian service of IRNA last week.
“The environment has its own rules, which must be observed. If we treat it selfishly we will cause the destruction of the environment and ourselves,” he added.
Mojaddadi got the idea for making “Scarlet Lion” in 2013 when he was directing his previous documentary “Tigon” about a hybrid cross between a male tiger and a female lion.
He met Mohsen Tayarani, a veteran cat family trainer, when he was working with a Maya tiger at the Vakilabad Zoo in Mashhad.
To get close enough to reality in the documentary, Mojaddadi and Tayarani decided to temporarily free the Maya tiger on Miankaleh, an island in the Hyrcanian region located southeast of the Caspian Sea.
“We couldn’t speculate what might happen if we would free a tiger that previously had lived all his life in a cage,” Mojaddadi said.
“The tiger attacked some animals in the region, but due the expertise of Tayarani and his colleagues, no critical incidents happened,” he noted.
The tiger was lost once in the dense woodland of the region. However, Mojaddadi’s team found it after a breathtaking day of searching.
In the documentary, Mojaddadi also engages in conversations with some locals, some of whom had even hunted tigers in the region.
“The Caspian tiger played a key role in the ecosystem of the region,” he said.
“The extinction of the Caspian tiger is one of the major factors that caused the destruction of forest in the region. The population of animals like boars was controlled and humans didn’t penetrate deeply into the forest when the Caspian tigers existed in the region,” he added.
“Scarlet Lion” is scheduled to be aired tomorrow by the Mostanad Channel, IRIB’s network dedicated to screening documentary films.