Is China prepared for a new mantle in Central Asia amid the roll-out of its belt and road? Investment 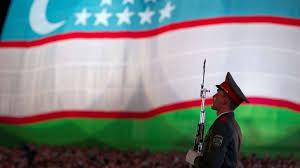 IIKSS- Raffaello Pantucci says China is slowly displacing Moscow as the regional guarantor, but Beijing does not appear to have fully considered the demands of its new role, especially in the context of its ambitious ‘One Belt, One Road’ strategy
As the new president of Uzbekistan, Shavkat Mirziyayev, embarks on foreign visits, Beijing is likely to be fourth on the list, illustrating a broader set of tensions for China in its quest for a Silk Road economic belt through Central Asia.
Since independence from the Soviet Union in 1991, Uzbekistan has maintained a strategic distance from Moscow and been unwilling to open its doors wide to Chinese investment. It also employs tight currency controls, making it hard for companies to withdraw profits.
All of this produces problems for China’s vision of open trade and economic corridors under the “One Belt, One Road” initiative.
Uzbekistan can in this context be seen as a potential block, resisting the allure of massive Chinese investment. It is not that Tashkent has not signed major deals with China: visiting President Xi Jinping (習近平) last June opened a railway tunnel built by Chinese firms with Chinese money – under a raft of deals worth US$6 billion – as China overtook Russia as the top trading partner of Uzbekistan.
But the train line is part of a bigger vision to connect China through Kyrgyzstan to Uzbekistan, on to the Caspian Sea and European markets. This makes Tashkent fearful of just becoming a conduit for Chinese products, with little local capture. For Beijing, Tashkent’s hesitation means Chinese firms will have trouble investing in the economically attractive country. Also, tense regional relations mean crossing Central Asian borders remains one of the slowest ways of transit.
This seems to be a focus for Mirziyayev, whose first foreign policy trip was to neighbouring Turkmenistan, with Kazakhstan next. And looming over all of this is his third port of call – Moscow, the historical regional hegemon.
China and Russia have a cordial relationship in the region, but the local dynamics are shifting. China is slowly displacing Russia, and this will have consequences for China’s responsibilities and on how the region looks to Beijing as it goes from passive trade partner to major security and foreign policy partner.
Some of these problems are specific to Uzbekistan but, taken together, they illustrate a broader set of issues that China is facing as it pushes its belt and road vision.
Local inter-regional politics can block international investment, and demonstrating local benefit is essential to ensure Chinese investment can enter. China needs to consider its future role if it displaces the regional political, security and economic guarantor.
Becoming the most significant actor has benefits, but also costs – economic, human and political. None of which Beijing appears to have considered as the belt and road plan is rolled out.

IIKSS - The long-awaited U.S. presidential election has come to an end, with Donald Trump successfully pulling off ...

Numerous contracts signed during the visit of Azerbaijani President Ilham Aliyev to France are another victory of the foreign ...