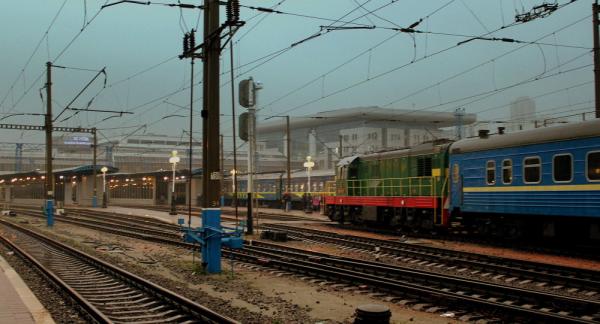 The Illichivsk-China pilot container train launched by Ukraine as part of the so-called New Silk Road project never made it back as it remains stuck at the Kazakh-Chinese border due to the lack clients ready to fill it up with cargo, Ukrainian media reported citing representatives of Zammler logistics company.

“The freight train is empty, that’s why it is still there,” they told Ukrainska Pravda newspaper, adding that the train was scheduled to return to Ukraine on March 17 at the latest.

Boris Shmelev, the head of the Center for Foreign Policy Studies think tank in Moscow, said the failure of the much-trumpeted but economically-flawed project could have been anticipated.

“The cost of shipping cargoes bypassing Russia by ferry to Georgia and Azerbaijan, and from there to Kazakhstan across the Caspian Sea will be twice as high as the traditional route via Russian territory. Economically this project is simply not feasible, therefore neither China nor Kazakhstan is willing to send goods to Ukraine to Europe via Ukraine,” Shemelev told Radio Sputnik.

On January 15, Ukraine, hard hit by a dramatic drop in its trade turnover with Russia, launched a cargo train from its south-western port of Illichivsk to China via the Trans-Caspian International Transport Route, traversing Georgia, Azerbaijan and Kazakhstan, thus joining the famed Silk Road initiative.

“It’s a pity that political considerations have prevailed over economic ones. Ukraine is paying a heavy price for its attempts to put political ambitions above economic expediency,” Borish Shmelev said.

Kiev's interest in joining the famed Silk Road initiatives is not limited only to boosting the trade turnover. It also stems from Ukraine's long-term aspiration to become a transit country, linking Europe and Asia.

Just a week after launching the train to China, Kiev announced plans to expand the Silk Road channel via Ukraine into the European Union by building a new railway tunnel in the Carpathian Mountains.

Ice-class support vessels on station at V.Filanovsky in Caspian Sea

Azerbaijan is knocking on Europe’s doors, and does so strongly Azerbaijan is enhancing its role in improving the energy security of ...