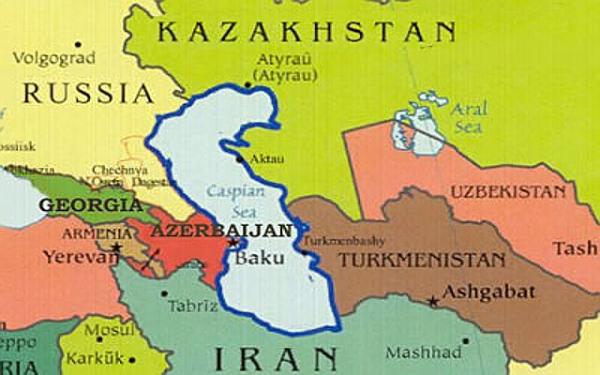 IIKSS- Most components of the Convention on the Legal Status of the Caspian Sea have been agreed, Russian Foreign Minister Sergey Lavrov said after talks with his Azerbaijani counterpart Elmar Mamedyarov on Monday.
"We have discussed this situation quite substantively and most components of the draft Convention on the Legal Status of the Caspian Sea have been agreed," the foreign minister said.
"Experts continue work on remaining questions. There are not many of them," Lavrov said.
"Defining waters under the sovereignty of each state is one of the basic issues," the Russian foreign minister said.
"In this area, there is a whole range of methodologies that can be applied," he added.
"We agree that the methodology, which will be finally selected, should maximally meet the principle of fairness," the Russian foreign minister noted.
"So that none of the Caspian littoral countries should feel infringement on its interests," Lavrov said. "I believe that on this way we’ll be able to achieve the result."
According to the Azerbaijani foreign minister, three out of five Caspian littoral states have the same position.
"It can be said that the fourth [country] generally shares the idea of the median line; there are questions about the calculation of these points," he said.
"I believe that sooner or later we’ll approach the solution of this issue in the context of how the median line is defined. There is a very good positive moment for moving forward," he added.
The Azerbaijani foreign minister said in an interview with the UAE-based Al Fajr newspaper that the Caspian littoral states had agreed up to 80% of the provisions of the draft Convention on defining the legal status of the sea.
"Important agreements have been reached on many principled issues of the Caspian Sea," Mamedyarov said.
The Azerbaijani top diplomat stressed that his country stood for solving all the issues related to the legal status of the Caspian Sea "in the spirit of respecting the sovereignty, territorial integrity and independence of the littoral countries, the non-interference in the affairs of each other and mutually advantageous partnership, also by way of strengthening trust among the sides, in particular, on the issues of regional stability, security, economic and scientific research activities in the Caspian basin."

Can Russia deliver on Trump’s hope of ousting Iran from Syria?

Syria may be the main topic of discussion between Vladimir Putin and Donald Trump at the ...