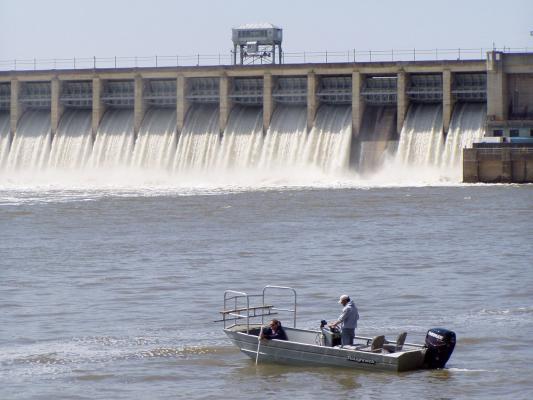 Ever since relations between the United States and Iran grew strained after the Iranian revolution in 1979, as a nation, we have had limited access to the Caspian Sea, the sturgeon fish that reside there, and the roe contained in the bellies of female sturgeon. This roe of course constitutes the epitome of all luxury foodstuffs — caviar.

Lore traces caviar's invention to the table of Batu Khan (grandson of Genghis) who returned home to a feast featuring the ovum after ravaging Moscow and Kiev. The stuff apparently made his wife sick, but Batu grew to like it. From the perspective of the palate, similarly polarized reactions have persisted ever since. Nonetheless, caviar has become a symbol of the elite, in part due to a scarcity that been further compounded by the effects of decades of sturgeon overfishing. By 2013, Russia's Federal Fisheries Agency announced a year-long ban on fishing sturgeon in the Caspian Sea — added on top of an existing commercial fishing ban in place for more than a decade — in order to help repopulation. According to Bobby Reed of the department of Wildlife and Fish in Louisiana, this taxonomic class, when including fish populations in the Caspian, the Yangtze River in China, and other locales, is also the most endangered group of fish on the planet. (A 2010 report by the International Union for Conservation of Nature showed that 85 percent of the world's sturgeon population was "at risk" for extinction, with 63 percent considered "Critically Endangered.")

"How did the rural areas of Montana, Missouri, and Oklahoma end up supplying the world with fancy fish eggs?"

And whether it's the Petrossian restaurant in Paris holding elite tastings or Goldie Hawn reading her butler the riot act for serving "$1.99 fish bait" in the movie Overboard, "caviar," its scarcity, and the idea of "elitism" have been synonymous for a long time. How then did some of the least elitist locations in the country — the rural areas of places like Montana, Missouri, and Oklahoma end up supplying the world with fancy fish eggs?

As a reaction to our reduced access to the Caspian Sea, the American paddlefish began being fished (or "snagged") for its roe in the 1980s. Paddlefish and sturgeon belong to the same taxonomic class of fish, thus their eggs are similar in shape and size. They taste pretty similar, too.

In the ‘80s, recreational and commercial paddlefishing (with restrictions) was legal in many U.S. states, but poaching problems grew rampant. While "snagging" is a practice of catching fish with an unbaited hook, many poachers would string nets across rivers to catch huge numbers of paddlefish. This practice threatened not only the paddlefish population but other fish as well. Poachers also killed the male and female paddlefish alike, en masse, looking for roe which they sold to caviar distributors on the black market. Legal crackdowns and late-night undercover operations took place in many parts of the rural South and Midwest to stop people from going after the fish illegally. In the documentary Paddlefish: An American Treasure, the late-night camerawork, recorded two-way radio conversations, and handcuffing of poachers seems similar to old episodes of COPS.

But now, the American paddlefish may have had its day. As a publication by the Montana Fish, Wildlife, and Parks department reported in 2007, roe from paddlefish caught in the state was being exported to places like Japan for as much as $300 per pound. (The price has since dropped, but still hovers around $100/pound today). China currently imports approximately 4.5 million fertilized eggs and larvae every year from hatcheries in Russia and the United States.

And even though America's trade with Iran may be about to re-commence, the Caspian Sea's supply of sturgeon has been greatly reduced. In response to a question about whether or not he thought the reduced sanctions with Iran (brokered by John Kerry in the trade deal) would have any impact on commercial fishing or illegal poaching of the American paddlefish, Bobby Reed seemed doubtful. He emphasized the sturgeon's steadily declining population in the Caspian Sea. "Even though they're going to be lifting some sanctions, those populations over there have been devastated," Reed says. "I don't think they're going to run out and catch something that's not there anymore."

But snaggers on the Yellowstone and Mississippi Rivers sustain a cultural relationship to the paddlefish. As Reed says, paddlefish were being snagged recreationally for a long time before their roe became in demand. While the practice is outlawed in Louisiana (where fishermen prefer catfish for environmental and taste reasons), fresh and smoked paddlefish might be found for sale in local markets in parts of Kentucky, Tennessee, Missouri, Illinois, Arkansas, Mississippi, Montana, or North Dakota. The Glendive, Montana chamber of commerce even promotes a recipe for "paddlefish stew," which features bacon, ketchup, and Worcestershire sauce.

Oklahoma has one of the nation's largest paddlefish populations and the culture of snagging has blossomed in recent years. Brandon Brown, caviar program coordinator at the Paddlefish Research Center in the Department of Wildlife Conservation, credits with this the advent of cable shows like River Monsters and Deadliest Catch, which inspire fishermen to catch the curious-looking fish for the thrill of it. Here again we see the difference approaches between the culture of those who catch the fish and those who consume its roe.

"There's a huge difference in the way people value paddlefish," Brown says. "In the past they've been undervalued, especially here in Oklahoma. One of the things we've worked really hard on is trying to change the way people look at and think about paddlefish — viewing them not just as meat for the table, but also for their ecological and sporting attributes. Most people in Oklahoma don't eat the eggs and they are often discarded, but to someone who appreciates caviar, they are a very valuable resource."

As a native species, the paddlefish has also been considered a candidate for aquaculture — or domestic cultivation in private waterways — due to the high value of its roe. Reed cautions against this practice, as he sees very little future in it: Females take many years to fully mature and reproduce, and then cultivators have no choice but to kill them and take the eggs, which of course, means they can no longer reproduce. However, a professor at the University of Kentucky's Department of Agricultural Economics, has considered producing pond-raised paddlefish as a profitable alternative to growing tobacco in that state. According to the book Paddlefish Aquaculture by Steven D. Mims and William L. Shelton, places as far away as Ukraine have also attempted to farm-raise the fish.

Though some plans and farms don't seem to have gained huge traction, businesses like Missouri's Osage Caviar have been farm-raising paddlefish for caviar since 1981. Reed points out that given the late maturation of the female and the necessity for specific conditions for reproduction, pond-raising paddlefish also has its challenges. There's still a very limited market for the flesh, and their market price per ounce is still incredibly low compared to the eggs: Smoked and cured paddlefish (or "spoonfish" as it's called in certain locales) can go for about $16 for a 16-ounce tray in certain regions. Virtually no market exists for the sale of the raw flesh, so any aquaculture facilities remains entirely tied to the eggs as their sole money-making product.

Is there a sustainable future for the paddlefish which acknowledges its inherent economic value as well as its "threatened" status and unique place as a native species? Brown seems to have a solution. Oklahoma, like other states including Montana and North Dakota, has developed a locally run program whereby if a recreational fisherman catches a paddlefish, he can bring it to a state-run facility which which will collect biological data (essential for managing the fishery) and professionally clean and package the anglers catch for free.

In addition, if the fish is a female, the roe is salvaged, processed into caviar and auctioned to pay for the program and other fish and wildlife conservation, research, law enforcement, and education projects throughout Oklahoma. Most of the caviar is exported (primarily to Japan) with a smaller amount designated for the U.S. market. 100 percent of the revenue from caviar sales is used directly for the benefit of Oklahoma's fish and wildlife resources. "The program is effectively run like a nonprofit," Brown says. Last year about 2,900 anglers participated in the Oklahoma program, which is prominently featured on the state's official tourism website.

So while the paddlefish continues to be threatened in many areas of the country and extirpated in others — mostly due to human influence — it still has a place on the international food market and it's building a huge following among recreational fishermen. In this manner, it touches on so many issues of food politics in the United States — sustainability, international luxury trade, local tradition, recreational activity, and the growing distance between of those who eat food and those who cultivate, or in this case snag, it. Will we see a boom in locally sourced paddlefish caviar or paddlefish stew anytime soon from these old timers in Eastern Montana or the influx of thrill-seeking fisherman to places like Oklahoma? Probably not. The fish, after all, is still extirpated or threatened in many areas and commercial fishing operations are illegal in most states. As Reed says somberly, "the paddlefish has kind of gone the way of the buffalo."

The current situation is by no means a good time for agreement on the Caspian Sea regime/ do ...