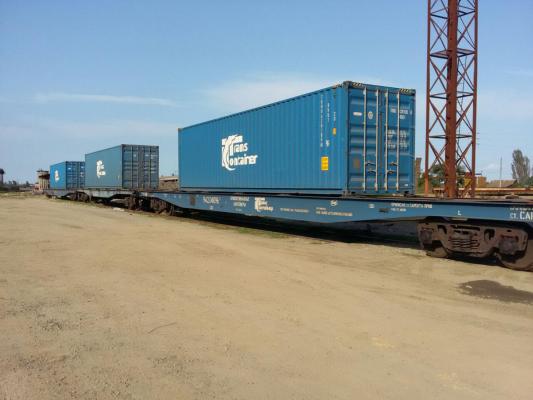 IIKSS- Iran has started laying rail tracks on the rail section Astara (Azerbaijan) - Astara (Iran), which is constructed in the framework of the North-South international transport corridor.
Governor of Iran’s Astara Port Yunes Ranjkesh said that operations started to lay rail tracks connecting this border port to its neighboring city in Azerbaijan, IRNA news agency reported.
Ranjkesh said in the first phase of the operation a 600-meter-long rail track was laid while grounds are to be prepared for the second phase, which complete the whole project in the Iranian side.
The Iran-Azerbaijan railway is part of a larger national development project called the North-South Corridor which is to be used for transfer of goods and passengers.
The Iran-Azerbaijan railway project will connect Iran to the Euro-Asian marketplace after its completion.
The North-South Corridor will connect the railways of Azerbaijan and Iran, which in turn will provide a wider transport connection between India, Iran, Azerbaijan, Russia, Turkmenistan and Kazakhstan.
Due to its location on the corridor and role as a transit country, Azerbaijan stands to gain substantially from the North-South project. Firstly, it will bring millions in foreign currency. Secondly, it will give an essential boost to the Azerbaijani non-oil sector. Thirdly, it should significantly improve the transport infrastructure of the region. And most importantly, it will open up access to the Arab Gulf countries for Azerbaijan in the future.

IIKSS - Dubai hosted a trade mission of Kazakhstani producers organized by the Kazakh Agency for Export and ...