Armenia third most popular destination for Russian tourists in 2016 Tourism 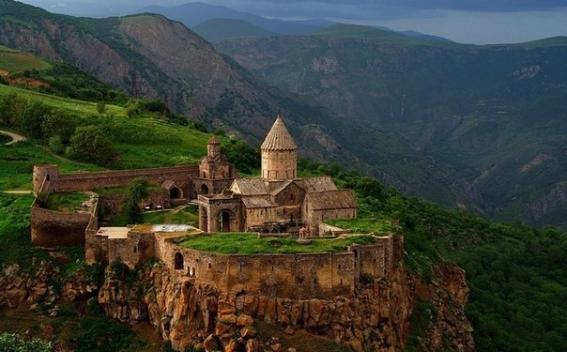 Armenia appears to be the third most popular destination for Russian tourists across the former Soviet Union in 2016, according to the Travel.ru.

In 2015 some 1.2 million foreign tourists visited Armenia and more than 500 thousand of them were from Russia, who spend part of their vacations here in the capital Yerevan, traveling also to the resort towns of Jermuk, Tsaghkadzor and Lake Sevan.

The 5 most popular former Soviet republics for Russian tourists are Azerbaijan, Kazakhstan, Armenia Kyrgyzstan and Belarus.

In Kazakhstan, which is annually visited by about one million tourists, the popular destinations are the capital Astana, former capital Almaty, Kokshetau, Turkestan, ski resort Chimbulak and Borovoye resort.

In Azerbaijan, which in 2015 received more than 2 million tourists, of which 685 thousand  from Russia, the most popular destinations are the capital city Baku, ski resorts, as well as Goygol Lake and beach resorts on the Caspian Sea.

The ranking was compiled based on data on bookings of hotels and apartments in the last year by Russian tourists traveling on their own. According to Travel.ru, the average cost of accommodation in CIS countries is  3 thousand rubles a day.

The CIS countries are attractive for Russian tourists due to low prices, developed infrastructure, visa-free entry and many Russian-speaking people.

Kazakhstan, enjoying 3 percent of the world’s total oil reserves, announced that it will not impose any limits ...