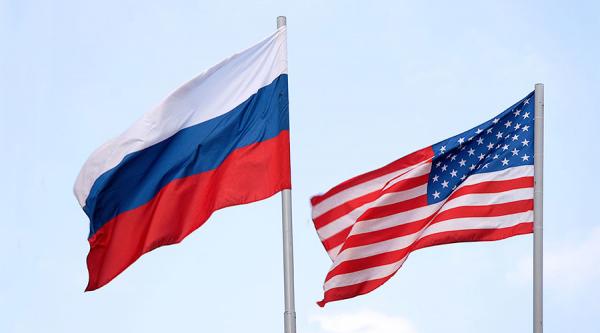 IIKSS- Relations between Russia and the United States are at their worst since the Cold War, a Russian Foreign Ministry official has said, placing the blame on the Obama administration.
“The current state of relations between Russia and the United States, as we all know, to put it mildly, leaves much to be desired. It is no exaggeration to say that our relations today are, in fact, at their worst for the whole period after the Cold War,” Russian Deputy Foreign Minister Sergey Ryabkov said on Tuesday in the State Duma.
“The foundation of cooperation that had been gradually created over the course of many years was almost completely destroyed in a short period of time by the previous US administration,” the minister noted, claiming that former US President Barack Obama and his entourage “began to turn towards a strain, and then a confrontation with us long before the Ukrainian crisis.”
“A variety of pressure tools have been used against Russia… in December 2012, Washington adopted the odious Magnitsky act, launched a permanent hunt for our citizens across the world, as in the case of Viktor Bout and Konstantin Yaroshenko, tried to discredit the Olympics in Sochi,” Ryabkov said, noting that after the coup in Kiev in 2014 “the rate of all-out landslide degradation of our relations accelerated sharply.”
Ryabkov said that the Obama administration acted without common sense both in the run-up to the US election and afterwards, further fueling anti-Russian sentiment.
“Just beyond understanding and common sense was what happened before and after the presidential election in the United States… In the wake of slanderous accusations that Russia interfered in the election process, the Obama administration caused Russophobic hysteria,” the minister said.
He added that opponents of US President Donald Trump continue to fuel Russophobia in an attempt to discredit the new head of state, who has on a number of occasions expressed a friendlier attitude towards Russia.
“The new president of the United States was immediately faced with a well-established anti-Russian attitude among the Washington elite, shared, in fact, by all the functioning cogs of the American political class. Trump’s opponents continue to fuel Russophobia as one of the central elements to their massive campaign aimed at discrediting the new US administration,” Ryabkov stated.
This strategy, he said, may lead to a further worsening of relations, but Moscow will wait for Trump to settle in before making any definitive conclusions.
“It is obvious that to some extent the US-Russia relationship may fall victim to these malicious efforts. We understand this and currently work to minimize the possible damage in this regard… We do not dramatize the situation. We understand that Trump and his appointees need time to fine-tune the foreign policy and specify their priorities,” Ryabkov said.
Among Washington’s tools for putting pressure on Russia are sanctions. In 2014, when a coup in Kiev resulted in the Ukrainian region of Crimea voting to become part of Russia, and conflict emerged between Kiev and eastern Ukraine’s Donbass region, the US began imposing sanctions on Russia, with 172 Russian citizens and 350 different entities blacklisted to date, including flagship Russian banks.
Trump has said on several occasions that lifting the sanctions is possible, yet according to Ryabkov, the issue has not yet been discussed with the new administration.
“I once again… declare that in contacts with the Americans, we have not discussed and will not discuss the criteria for lifting sanctions. If we talk about sanctions, because of which, trade with the United States sank by almost a third from $29 billion in 2014 to less than $20 billion last year, we never asked for them to be cancelled and are not going to do it.”
Ryabkov stated that despite the current state of affairs, Moscow hopes to establish constructive cooperation with Washington.
“I would like to believe that the change in Washington will create a door of opportunity to improve the situation in the dialogue between our countries… We are open to constructive cooperation with the US,” the minister said, stressing that this dialogue should be built on the basis of equality and “without attempts to blackmail.”