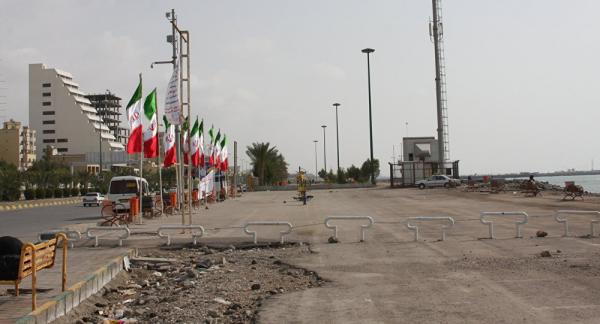 IIKSS- Last week, Russia and Iran launched the construction of the Sirik 1.4-gigawatt thermal nuclear plan in the city of Bandar Abbas in southern Iran. The opening ceremony was attended by Russian Energy Minister Alexander Novak.
In mid-December 2016 Russian company Technopromexport and an Iranian holding company signed an agreement on the construction of a thermal power plant (TPP) in Iran.
The construction is expected to take four and a half years. The deal includes four 350-megawatt energy blocks and a desalting facility with a daily capacity of 200,000 cubic meters.
Funds for construction will be provided within the framework of a €1.2 billion ($1.27 billion) export loan extended by Moscow to Tehran for five years.
According to an agreement signed in July 2016, Russia is expected to provide a loan to fund 85 percent of the construction costs, while the rest will be provided by Iran.
According to Iranian political analyst and commentator Sajjad Tayeri, there is no reason to be concerned about the project’s future since Iran is very confident in cooperation with Russia.
"Let’s recall the Bushehr nuclear power plant built by Russian partners. This project puts mutual confidence to an unprecedented level," Tayeri told Sputnik Persian.
The expert continued that after the nuclear deal was reached many European and Asian countries has expressed interest to work with Iran.
Iran and the six international mediators reached an agreement on July 14, 2015 on the settlement of the long-term Iranian nuclear problem. The milestone deal was followed by the removal of international sanctions against Tehran.
In 2016, Iran began to compensate losses in trade and economic ties, after years of sanctions. Foreign investments play the key role in developing the Iranian economy. According to estimates obtained by Sputnik, Tehran will need nearly $500 billion in the coming five to seven years.
"Russia pioneered the investment trend because previously it had already had a productive cooperation experience with Iran. During the period of sanctions, many countries lost Tehran’s trust. However, Russia supported Iran in the UN Security Council. Since Moscow and Tehran has developed energy partnership, Moscow was the first to reach a major deal to build a thermal power plant in Iran," Tayeri pointed out.
The expert underscored that the Sirik TPP is not only aimed at resolving energy problems in the province of Hormozgan, but is also strategically important.
"This is a vivid example for other partners. Russia wants to show that it has long been a reliable partner for Iran and will continue to be committed to this cooperation. This is an example for other countries that obligations should not be violated. We’re seeing now that some of our partners have changed their rhetoric since the nuclear deal was signed," he said.
Moreover, Iran-Russia cooperation proves that Tehran is a reliable destination for investments in the Middle East, according to Tayeri.
"This is why if a country wants to cooperate and places bets on Iran it will never lose. It could also win political gains from such cooperation, including boosting ties and mutual trust. In terms of economic and political cooperation with Iran, Russia has better prospects than other countries," he concluded.

Azerbaijan to reduce maximum term of office for banks' management

The maximum term of office for members of supervisory and management boards of banks will be reduced in Azerbaijan, ...