Kazakhstan launches first ODA project in Afghanistan, with support from UNDP and Japan 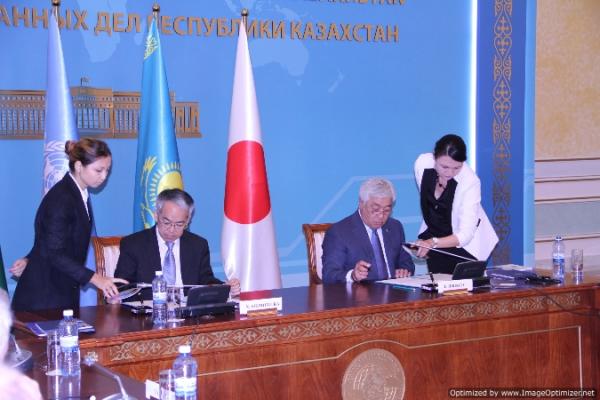 IIKSS- A Kazakh delegation presented the country’s first official development assistance (ODA) project to the Afghan government Feb.12-17 in Kabul.
The project seeks to strengthen the economic independence of Afghan women by providing education from Kazakhstan’s top educational institutions in public administration and health care, maternal and child health and other topics. The initiative is being funded by the UNDP and Japan.
Deputy Minister of Women’s Affairs of Afghanistan Wardak Spoghmai, who met with members of the Kazakh delegation, said a lack of experienced professionals contributes to Afghanistan’s development challenges and said the Afghan Ministry of Health supports Kazakhstan’s project.
The stabilisation and restoration of Afghanistan is one Kazakhstan’s priorities as a non-permanent member of the UN Security Council. In December 2014, Kazakhstan for the first time adopted the law “On official development assistance.”
Director of Foreign Economic Policy Department of the Kazakh Ministry of Foreign Affairs Olzhas Issabekov said “the efforts to develop human capital are the most justified ones. It stipulates the competence of decisions and reforms.” In his words, this project is a distinct addition to Kazakhstan’s initiative to train 1,000 Afghan students in the universities of Kazakhstan until 2020.
President of Kazakhstan Nursultan Nazarbayev and Prime Minister of Japan Shinzo Abe agreed in 2015 that Japan would fund the project.
Members of the delegation to Kabul included representatives of the Ministry of Foreign Affairs, the Ministry of Education and Science and the Agency for Civil Service Affairs and Anti-Corruption. The delegation also included a representative of the United Nations Development Programme office (UNDP) in Kazakhstan.
While in Kabul, the delegation also met with Deputy Minister of Finance of Afghanistan Mohammad Mustafa Mastoor, Deputy Minister of Health Jan Naim Ahmad, as well as with the heads of the UNDP country offices and the United Nations Population Fund in Afghanistan (UNFPA).