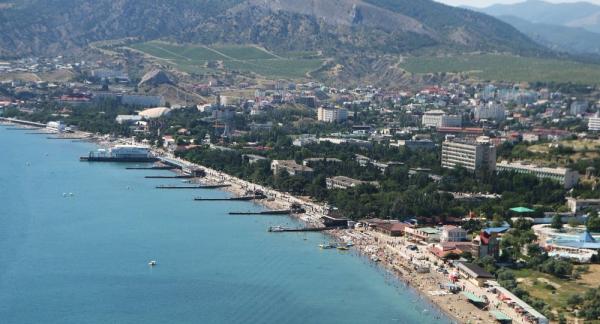 IIKSS -  The plan, reported by the New York Times on Sunday, calls for the "withdrawal of all Russian forces" from eastern Ukraine and a referendum to lease Crimea to Russia for 50-100 years. It was reportedly authored by Trump's lawyer Michael Cohen, business associate Felix Sater and Ukraine's opposition lawmaker Andrii Artemenko, and left with then-national security adviser Michael Flynn's office before his ouster last week.
"Ukrainian lawmaker Andrii Artemenko's plan, if it has really been submitted and discussed, or is being discussed, in the US administration, is in fact dead-ended," State Duma international affairs chair Leonid Slutsky said.
Slutsky pointed out that the proposal fails to account for the early 2014 referendum in which the Crimean population voted to join Russia.
"And any attempt to put that fact into question is an infringement on the territorial integrity of Russia. Especially, as our leadership has repeatedly said, the lifting of sanctions is not an end in itself and is not a key issue for Russia," he said.
As for eastern Ukraine, Slutsky stressed that "there are no Russian armed forces there."
"Russia is not a party to the domestic Ukrainian conflict and is not involved in the hostilities in southeastern Ukraine," he said.
The Donbass conflict erupted in April 2014 as a local counter-reaction to the West-sponsored Maidan coup in Kiev that had toppled legitimate President Viktor Yanukovych in February. Residents of the Donetsk and Lugansk regions held independence referendums and proclaimed the People's Republics of Donetsk and Lugansk. Kiev has since been conducting a military operation, and encountered stiff local resistance.
In February 2015, Kiev forces and Donbass independence supporters signed a peace agreement in the Belarusian capital of Minsk. The deal stipulates a full ceasefire, weapons withdrawal from the line of contact in Donbass, as well as constitutional reforms that would give a special status to the Donetsk and Lugansk People's Republics. Despite the agreement, the ceasefire regime is regularly violated, with both sides accusing each other of multiple breaches, undermining the terms of the accord.
Crimea rejoined Russia after a 2014 referendum, when almost 97 percent of the region's population voted for the reunification. In Sevastopol, which is politically independent of the rest of Crimea due to its federal city status, 95.6 percent of voters supported the move. During his election campaign, Trump claimed he would "consider" recognizing Crimea as having become part of Russia following the referendum in the peninsula, adding that the Crimeans wanted to live in Russia.
On February 14, however, the White House spokesman said that Trump expects Russia to "return Crimea" to Ukraine.
Responding to this statement, Kremlin spokesman Dmitry Peskov said that Russia would continue its de-escalation efforts in Ukraine and would "patiently and consistently" reiterate to its partners, the US included, the reasons why Crimeans decided to rejoin Russia.

IIKSS- Former US ambassador to Russia Michael McFaul said Wednesday that Russia's alleged intervention in the US ...