Albanian President: "I am optimistic about timely implementation of TAP"

Albanian President: "I am optimistic about timely implementation of TAP" Energy 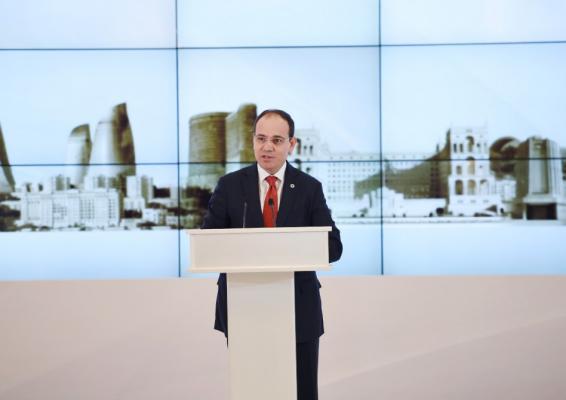 "TAP, a 878km gas pipeline that will transport 10bn cubic metres of Azerbaijani gas from the Greek-Turkish border to Italy through Albania, is a great opportunity for Tirana to position itself as an energy node in Europe, "Nishani said. "Besides, it will stabilise our electricity generation capabilities, which are reliant on coal and hydropower at the moment... I have visited the construction site (for TAP), where pipes are currently being delivered, and I was impressed by the high standards of engineering involved in the project," he added.

TAP's groundbreaking ceremony will take place in late May in Greek city of Thessaloniki. TAP is a part of the Southern Gas Corridor project jointly with the South Caucasus Pipeline (SCP) and the Trans-Anatolian gas pipeline (TANAP).

TAP will connect with the Trans Anatolian Pipeline (TANAP) at the Turkish-Greek border at Kipoi, cross Greece and Albania and the Adriatic Sea, before coming ashore in Southern Italy. The project provides multiple opportunities for further transport of Caspian natural gas to some of the largest European markets such as Germany, France, the UK, Switzerland and Austria.

TAP is designed for transportation of natural gas of Shahdeniz 2 to Western Europe through Greece and Albania. Annual capacity is 10 bcm of gas. However, it's possible to increase the capacity to 20 bcm. This pipeline will start to transport Azerbaijani gas in 2020.

Trend: Iran, Russia gas swap remains as an idea at the moment, however Tehran is prepared for that, Hamid Reza Araqi, ...