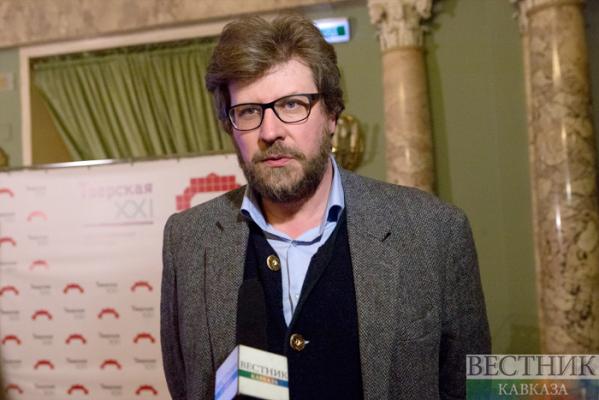 A meeting of the discussion platform 'Tverskay 21st Century' titled 'Shadows of the Cold War: Russia and the West in modern reality' was held at the Museum of Contemporary History of Russia. The chief editor of the magazine 'Russia in Global Affairs', Fyodor Lukyanov, said in an interview with a correspondent of Vestnik Kavkaza that the sides plan to discuss the development of the North-South transport corridor at the forthcoming meeting.

"As I understand, they are going to discuss the North-South transport corridor, which, in my opinion, is very important, because it is in Russia's interests not to be isolated with the Eurasian branch only, which is primarily associated with China, but to sell its own goods as well. Iran has emerged from isolation, it has great ambitions for economic and political development and we must use it. Therefore, if we can break the deadlock in some new directions towards the South, it will bring tangible benefits to the Russian economy," the analyst noted.

"This is due to many problems, including the problems of not very trusting relations between Azerbaijan and Iran. I think it is no coincidence that Russia is trying to do it, as well as it is actively participating in resolving the Caspian problem. We have recently seen that the Caspian Sea suddenly appeared in a new light with 'Kalibr' missile systems. It is very promising," the chief editor of the magazine 'Russia in Global Affairs' stressed.

At the same time, the expert believes that "Russia's turn towards the East" does not necessarily mean an increased interest in the countries of the South Caucasus: "The South Caucasus countries are not exactly a turn to the East. I think they are quite a peripheral part from our point of view. It's not from the Chinese point of view. They are exploring opportunities, which can provide, for example, Georgia with a great interest. But it will depend on how successful a project related to Russia, Kazakhstan, China and Central Asia will be. And on what will happen in Europe, because the South Caucasus is valuable as a kind of intermediary. If Europe continues to sink into a crisis, then, perhaps, China's interest in the South Caucasus will be lower. If there is a quieter situation and China turns to the European markets, it means that the South Caucasus will be a part of it, but it is certainly not the main direction," he explained.

Speaking about Iran's withdrawal from isolation, the political scientist noted that, despite the euphoria about the lifting of sanctions, "the process cannot just take a second." "I think that the EU will try to return to the Iranian market in every possible way, European countries have always been there, and even during the Islamic regime many Europeans have tried to work there. Iran, of course, is very interested. It wants to become like India: everyone wants to sell it something and it can choose. But there are plenty of obstacles, because much will depend on what shape Iranian-US relations will take, because we see that the political atmosphere in the United States regarding Iran is unfortunate. Apart from the fact that Iran is quite realistic about the West and realizes that it cannot be trusted. It is possible to cooperate, but always understand that everything can change in a moment," Fyodor Lukyanov concluded.