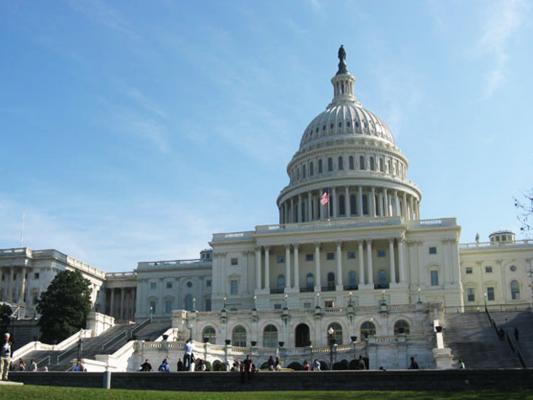 Another provocation by pro-Armenian congressmen raises questions, though, in fact, they called for the withdrawal of Armenian armed forces from Azerbaijan’s occupied lands.

The message from the ARFD Hay Dat Committees of Armenians in the US read that 54 members of the US Congress call on the President Barack Obama to put pressure on Baku so that it would accept the Royce-Engel proposals on the Nagorno-Karabakh conflict.

The authors of the letter addressed to Obama are the congressmen Ed Royce and Brad Sherman. By the way, both of them are known for their systematic support to the pro-Armenian policy.

In this letter, the US congressmen write that they welcome the support to Armenia and the nonexistent “Nagorno-Karabakh Republic” in achieving peace and express hope that Azerbaijan will revise its objections.

It is surprising that the US congressmen are unaware that Washington hasn’t changed its stance on the Nagorno-Karabakh conflict for many years and unconditionally supports Azerbaijan’s territorial integrity.

In other words, the White House has always recognized the Nagorno-Karabakh region as Azerbaijan’s part and didn’t consider other options for resolving the conflict, but the return of all occupied territories to Azerbaijan’s jurisdiction.

The US, as one of the co-chairs of the OSCE Minsk Group, has called on the conflict parties for many years to follow the updated Madrid principles, which are as a bone in the throat for Yerevan. This is not surprising, since they are based on the statements of presidents of the co-chair countries signed in Muskoka city, Canada.

Within the framework of G-8 countries’ Muskoka summit in 2010, the US President Barack Obama, Russia’s President Dmitry Medvedev and France’s President Nicolas Sarkozy as the presidents of the OSCE Minsk Group co-chair countries issued a joint statement, in which called on the warring parties to accelerate work on basic principles of settlement in order to begin drafting a peace agreement.

To return the territories surrounding Nagorno-Karabakh to Azerbaijani control; vest interim status to Nagorno-Karabakh, provide guarantees for security; open a corridor between Armenia and Nagorno-Karabakh; determining the future final legal status of Nagorno-Karabakh through a legally binding expression of will; ensuring the right of all internally displaced persons (IDPs) and refugees to return to their former places of residence; international security guarantees, including peacekeeping operations were among the principles.

However, the issue of the occupation forces’ withdrawal and the return of Azerbaijani refugees to their rightful lands is a loss for Armenia. Obviously, in the case of holding a referendum, which will be attended by Nagorno-Karabakh’s legitimate residents – by Azerbaijanis, who were driven away from their homes many years ago, Nagorno-Karabakh will remain as an Azerbaijani territory and it frightens Armenians.

Thus, congressmen are right to call for the observance of peace measures, which are approved by the US administration, but Armenia and the fictional geographical entity “Nagorno-Karabakh Republic” have no relation to this process.

Iran’s communication minister to visit Russia next week   Iran’s Minister of Communication and IT Mahmoud Vaezi will pay a visit to ...