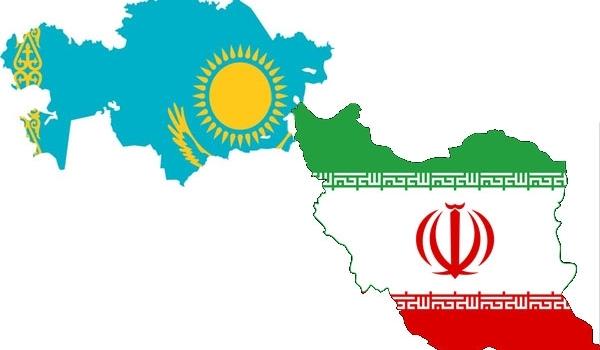 IIKSS - During the visit of the head of JSC Kazakhstan Temir Zholy Kanat Alpysbayev to Iran the documentation on creation of a joint enterprise between KTZ Express (branch of Kazakhstan Temir Zholy) and Islamic Republic of Iran Shipping Lines (IRISL) was signed.
On December 22, 2016 during the visit of the President of the Islamic Republic of Iran H. Rouhani to Kazakhstan KTZ Express and IRISL signed foundation agreement on creation of joint business.
The joint venture is to start the work in March, 2017. At the initial stage the enterprise will run operating activities and provide transport and logistics services.
Also there has been contracted a project of construction of the joint terminal in Bandar Abbas port and the implementation is planned for the fourth quarter of 2017.
The parties are developing transport and logistics infrastructure in order to arrange effective and profitable transport and logistics services between Kazakhstan, Iran, the CIS countries, and in the Caspian Sea ports along the North-South route and other perspective routes.
Once created Bandar Abbas port will increase transit and help the Gulf States reach the ports of India and Africa.
In future it is planned to develop the projects of development of terminal capacities in Incheburun station and Aktau port.
The heads of the railway administrations of the RoK and IRI have agreed in Tehran to develop transit and transport potential of the two countries.
In Tehran Kanat Alpysbayev has held a number of bilateral meetings on the matters of transport and logistics cooperation.
In the negotiations with Deputy Minister of Roads and Urban Construction - General Director of the railroad of Iran Sayed Mokhammadzade there were discussed the issues of cooperation between the railway administrations of Kazakhstan and Iran to develop transit and transport potential of the two countries.
In 2016 the traffic volume between the RoK and IRI increased by 16% and equaled 2,117,000 tons of freights, compared to 2015. Export shipments increased by 14%.  Compared to 2015, transit transportations through Kazakhstan to Iran increased by 47 thousand tons, transit from Iran grew by 15%.
Transportations between the countries through Aktau port have increased too - 1,876,000 tons which is 327,000 tons more than in 2015.
The parties also discussed the issues of attracting additional cargo flows to the rail line Uzen - Bolashak - Serkhetyaka - Akyayla/Sarakhs and determined the tariff charges for the period from March 1 to December 31, 2017.
In the meeting the parties also talked about the possibility of supply of Kazakhstan items of railway mechanical engineering, such as Tulpar Talgo passenger rail cars, electromotives, track switches, rails, and others, to Iran.

Turkmenistan to order three B737 MAX 7s from Boeing

Turkmenistan government approved an order of three B737 MAX 7s from Boeing for its civil aviation needs, according ...

Georgia and Turkey look to build HPP on river Mtkvari

IIKSS - Iran has announced the names of over two dozen international energy companies that it says are ...