Focus on Central Asia: How US Will Pursue Its Foreign Policy Under Tillerson Political and military events 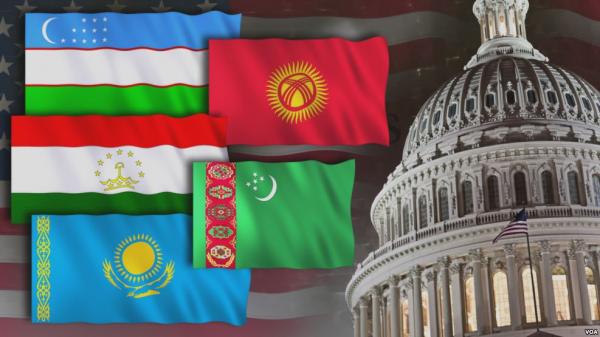 IIKSS - Under Rex Tillerson, the US will try to diminish Russia's clout in Central Asia and play against the Shanghai Cooperation Organization, Russian expert Alexey Fenenko told RIA Novosti.
In an interview with RIA Novosti, Alexey Fenenko, an Associate Professor from Moscow State University's World Politics Department, suggested that under Rex Tillerson, Washington will try to diminish Russia's clout in Central Asia and play against the Shanghai Cooperation Organization (SCO).
Tillerson, formerly the CEO of ExxonMobil, was confirmed as the new US Secretary of State in a Senate hearing last week, which ended with a 56-43 vote. Republicans backed his nomination and most Democrats opposed it.
"Tillerson is a person whose name is associated with the oil and gas sector. It means that the US will focus more on oil and gas issues in its foreign policy. For Russia, it can present a big problem in the Caucasus and Central Asia", Fenenko said.
He projected that under the new State Department, "the United States will return to [former President] Bush's policies, moving from Ukraine and focusing on the breakthrough to the Caspian Sea."
"It will include a step-up of the American game in Georgia, an attempt to penetrate Azerbaijan and efforts to oust Russia's clout in Central Asia by conducting independent work with Turkmenistan, Uzbekistan and Kazakhstan. Also, we should brace for Washington's attempts to play against the SCO," Fenenko said, referring to the multi-national organization comprised of China, India and the central Asian countries.
For his part, military expert Vladimir Batyuk of the Moscow-based Higher Scholl of Economics believes that as for US policy towards Russia under President Donald Trump, it is too early to make any conclusions.
"In any case, it is clear that the new Administration won't deal with regime changes, the promotion of democracy and other issues which were on the former US Administration's table. Most likely, the new Administration will prefer to negotiate with anyone, regardless of political or ideological views, in order to defeat Daesh (ISIL/ISIS) terrorists," Batyuk said.
He added that while speaking in the Senate, Tillerson focused on what many expected him to say, namely, that the new Administration will adhere to a hardline stance while defending US national interests.
"In this sense, no [possible] friendship with Russia will prevent them from pursuing such a policy, which will be their priority," Batyuk said.
Earlier, Fyodor Lukyanov, Chairman of the Presidium of the Council on Foreign and Defense Policy told Sputnik that even though Tillerson is known for his close ties with Russia but remains a high-profile businessman.
Accoridng to him, Tillerson won't be able to maintain the same behavior among heads of states he may have pursued as a CEO of a large corporation.
Grigory Yarygin, a lecturer at the Department for American Studies in at St. Petersburg State University, however, suggested that Tillerson is expected to have a pragmatic foreign policy approach, independent from US Congress.
"We can say that Tillerson will act independently, just like Donald Trump. They owe Congress nothing. They will act independently despite demands from congressmen. As for his foreign policy, it is likely to be realistic, non-militarized and pragmatic," Yarygin told Radio Sputnik.