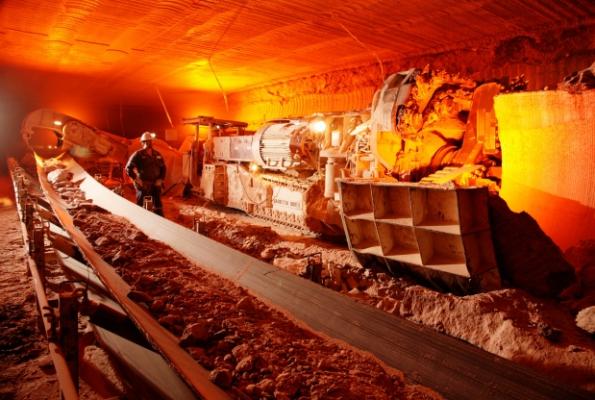 The Central Asia Salt Basin of Turkmenistan, Uzbekistan, Tajikistan and Afghanistan has the potential to contain between 39 and 54 billion metric tons of undiscovered potash resources, according to a global mineral resource assessment led by the U.S. Geological Survey (USGS). Known potash resources in the Central Asia Salt Basin consist of 1.63 billion metric tons.

Potash is produced worldwide at amounts exceeding 30 million metric tons per year, mostly for use in fertilizers. The term “potash” refers to potassium-bearing, water-soluble salts derived from evaporite basins, where seawater dried up and precipitated various salt compounds; the word for the element “potassium” is derived from potash. In fact, industry uses potash to refer to potassium chloride, as well as potassium sulfate, nitrate, and oxide forms.

The Central Asia Salt Basin hosts significant discovered potash resources and originated in an inland sea during Late Jurassic time. Seawater flowed into the Basin, mostly from its extreme northwestern margin near the modern Caspian Sea, during several evaporation episodes that deposited at least five different packages of evaporites, with virtually all potash in the second and fourth packages.

In this study, the Central Asia Salt Basin was subdivided into three tracts, also known as permissive areas, for evaluation: the Amu Darya tract in the west, the Gissar tract in the center, and the Afghan-Tajik tract in the east. The Gissar and Amu Darya tracts were each quantitatively assessed. The Afghan‑Tajik tract was only qualitatively assessed because of the extreme depth (as deep as 7 km) of the Jurassic salt, extensive deformation and a lack of known potash deposits.

Caspian littoral countries agreed on a number of important provisions of the draft Convention, including issues related to sovereignty, ...

The Azerbaijan-Russia Business Council intends to make maximum use of the existing potential for the development of cooperation between ...