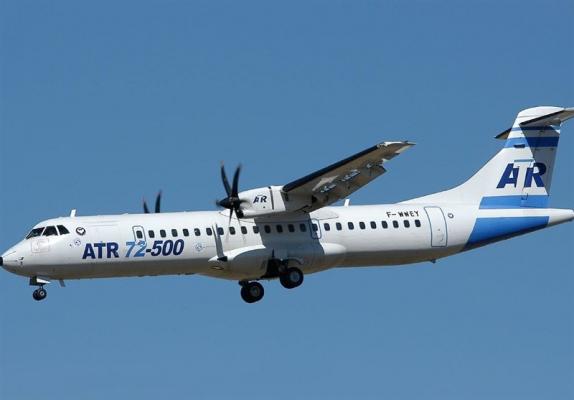 IIKSS - Turboprop maker ATR has completed commercial negotiations with IranAir for the sale of at least 20 aircraft and expects to be able to sign a contract very soon, the head of the Franco-Italian aircraft maker said.
The deal will come after Iran, which had not directly purchased a Western-built plane in nearly 40 years, signed contracts with Europe's Airbus (AIR.PA) and U.S. rival Boeing (BA.N) last year to purchase about 180 jets.
That became possible after an agreement between Iran and G5+1  lifted most international sanctions imposed on Tehran.
"We have concluded the negotiations and we should sign the contract imminently," ATR Chief Executive Christian Scherer said.
Scherer was responding to some Iranian media reports on Friday that ATR had already announced the signature of the keenly awaited deal, Reuters reported.
Iranian officials said in December that a deal for 20 twin-engine turboprop ATR 72-600 aircraft was close.
IranAir and ATR have spent months negotiating a firm order for 20 ATR 72-600 aircraft worth 540 million euros ($576 million) at list prices, with options for another 20.
All three manufacturers have received U.S. Treasury export licenses to sell to Iran, a step required even for European firms since all modern Western aircraft rely on many U.S. parts.
Even so, industry sources say all three may need further approvals or extended cover in order to complete deliveries.
Source: YJC

IIKSS - Turkmenistan will transit 300,000 tons of carbamide through Azerbaijan in 2017, Azerbaijan Railways CJSC said in ...

Russia and Turkey will “coordinate” their policies over Syria, the countries' foreign ...