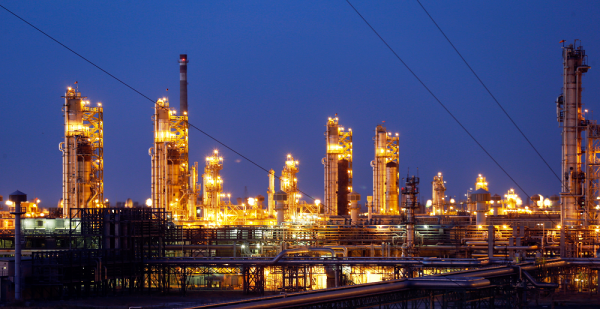 ASTANA – The Kashagan development project operator – North Caspian Operating Company (NCOC) – is planning to substantially expand and extend the first production stage – the Experimental Programme (EP). The operator company has developed an AEP project – Additional Experimental Programme. The new project will replace the EP that failed two years ago. The government of Kazakhstan should decide before the start of September whether to implement it or not.

No reason to panic for those who think the renewal of production at Kashagan will be delayed yet again. No! It remains the same – early December 2016.

If the government of Kazakhstan approves the changes, the AEP project should yield in 2020 (rather than in 2018) a production volume of 370,000 barrels a year (47,100 barrels a day) or slightly over 24 million tonnes of oil a year. Five years later, in 2025, with the putting into operation of additional raw gas compressors, the AEP should achieve the first red level of production – 450,000 barrels a year.

So, what does the AEP involve? It provides for changes to the process flow, extension of the total duration of the pilot commercial development, and extension of time for achieving the first base level of production at the contractual volume of 450,000 barrels a day.

That last milestone is now moved to 2025. It is approximately 15 years later that had been projected back in 1998, when the Production Sharing Agreement for the Northern Caspian Project signed. Accordingly, it can be said with complete certainty today that the project will not achieve return on investment under the current terms of the contact that continues till 2041, even at the then high oil price of $105 per barrel.

The current oil prices at $35-$37 make a huge hole in the budgets of the foreign investors and of the national company KazMunaiGas, creating a decades-long headache for them; unless, of course, the situation in the world markets changes radically, and the price for oil reaches $220–300 per barrel.

The project’s capital expenses have reached almost $45 billion, making the members of the project hostages of the investment spent. Most importantly, to cover at least a part of the record costs ever seen in the world’s history of investment in a single oil project, more costs have to be incurred.

The development of the Kashagan field is complicated by its specific location on the Caspian Sea shelf as well as by the abnormally high formation pressure in the pay, and the high hydrogen sulfide content in the oil produced. All these peculiarities necessitate an extensive work to prepare the field for a full-scale development. Many of those issues should be resolved during the AEP.

In essence, the AEP consists of several key steps. The first step is for the project operator – NCOC – to expand the project’s production zone in the southwest direction, i.e. to expand the work site. It is planned to drill two more wells there.

The total well stock at Kashagan is currently 52 wells. Out of those 52 wells, 42 are in the Experimental Programme zone the Kashagan project and include 40 planned wells, one exploration well, and one drill cutting re-injection well. The two new wells will be drilled in a completely new zone that has not been explored ether in the exploration stage or in the pilot commercial development stage.

These additional wells should provide new necessary information on the physical and dynamic properties of the field’s reservoir. As a special solution to an earlier serious omission, this part of the Additional Experimental Programme deserves a special attention. It is the necessity to do the additional drilling that forces NCOC to extend the AEP by two years, from three years to five years, and to complete the project in 2020 instead of 2018. Consequently, each additional year automatically increases the running costs.

It is hard to predict what decision the official Astana will make, as the AEP contains many aspects that are unpleasant for the government. Finding itself in a deep financial crisis, the national company KasMunaiGas had to sell half of its share in the project to Samruk-Kazyna and the National Bank. To finance the transaction, $4.7 billion were withdrawn from the National Fund.

The government had resorted to that “direct financial transaction” in order to preserve the 16.67% interest in the strategically important for Kazakhstan Kashagan project. The extension of the AEP by two years and the other investor changes force the company to incur new substantial additional costs and remove the profits further.