Turkmenistan should be among industrialized countries Investment 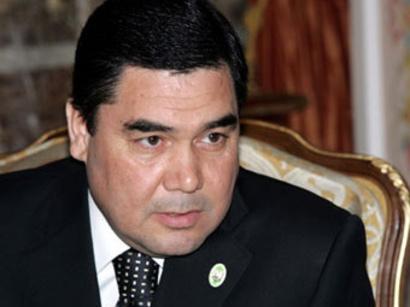 IIKSS - Turkmenistan should be among the world’s leading industrialized countries in order to achieve the highest goals, said President Gurbanguly Berdimuhamedov during his working visit to the country’s Mary Province, the Turkmen media reported.
It is necessary to expand the promotion of domestic competitive, high quality products on the international market, as well as to conduct wide production of import-substituting products, noted Berdimuhamedov, the Neutral Turkmenistan newspaper reported.
It was previously reported that Turkmenistan adopted a state program on increasing the export volume of goods produced in the country and a state program on production of import-substituting products. Under these programs, it is planned to implement more than 110 projects aimed at the development of chemical industry, mechanical engineering, agriculture, construction sphere, light, food and other industries, as well as the formation of the domestic pharmaceutical industry.
Enterprises will be built to produce a wide range of construction, chemical, household and other products made from local raw materials.
Turkmenistan is one of the rich countries for its natural gas resources. According to BP, the country’s recoverable reserves are estimated at 17.5 trillion cubic meters of gas or nine percent of total global reserves, which puts Turkmenistan on the fourth position in this field after Iran, Russia and Qatar. The country has an opportunity to export its gas to China and Iran.
Meanwhile, the economy is being diversified in Turkmenistan – the textile industry and the oil and gas processing industry have achieved progress.
Privatization is mainly carried out in the spheres of construction, trade, communications and services.
Source: TREND