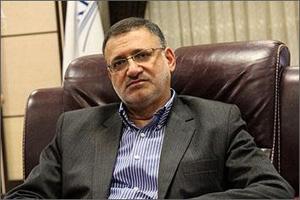 IIKSS - Head of Iran’s Hajj and Pilgrimage Organization Hamid Mohammadi said that the country is after ensuring dignity and safety of its pilgrims in its talks with Saudi Arabia on Hajj issues.
Official: Iran seeks ensuring pilgrims’ dignity, safety in Hajj talks with Saudis"In talks with Saudis, we are trying to ensure required conditions for dignity and safety of Iranian pilgrims and claim diyya of Mina martyrs seriously,” he said.
Iran sent its response to Saudi invitation for Hajj on Sunday and asked Saudis to come clean about where they stand in terms of consular issues and preserving dignity and safety of pilgrims, he said.
He said that Iran in its response reiterated that the above-mentioned points should be noted in the text of a Hajj agreement.
Iran discussed diyya of Mina martyrs in previous round of talks with Saudis last year and "will follow up on it seriously in the new round of talks,” he added.
Mohammadi continued that the issue of diyya was also mentioned in Iran’s letter to Saudi Arabia.
Last Monday, Iran confirmed receiving an invitation to discuss preparations for the next annual Hajj pilgrimage from Saudi Arabia.
Seyyed Ali Qazi-Askar, the representative of Leader of the Islamic Revolution Ayatollah
Seyyed Ali Khamenei for Hajj, said on Monday that Iran had "officially received Saudi Arabia's invitation to meet and hold bilateral talks on the Hajj."
He added that the talks would focus on accommodation, transportation, safety, medical care, visas and banking, and that Iran would respond to the invitation over the next few days.
In September 2015, a deadly human crush occurred during Hajj rituals in Mina, near Mecca. Days into the incident, Saudi Arabia published a death toll of 770 but refused to update it despite gradually surging fatality figures from individual countries whose nationals had been among the victims of the crush. Iran said about 4,700 people, including over 465 of its nationals, lost their lives in the incident.
Earlier that same month, a massive construction crane had collapsed into Mecca’s Grand Mosque, killing more than 100 pilgrims, including 11 Iranians, and injuring over 200 others, among them 32 Iranian nationals.
Serious questions were raised about the competence of Saudi authorities to manage the Hajj rituals in the wake of the incidents, and, facing Saudi intransigence to cooperate and refusal to guarantee the safety of Iranian pilgrims, officials in the Islamic Republic subsequently decided to halt pilgrimages over security concerns.
Saudi Arabia unilaterally severed its diplomatic ties with Iran in January this year after protests in front of its diplomatic premises in Tehran and Mashhad against the execution by Riyadh of prominent Saudi Shia cleric Sheikh Nimr al-Nimr.
Source: YJC

Government to stimulate tourism industry   Azerbaijan located in the junction of two world civilizations, is a miraculous country with its ...