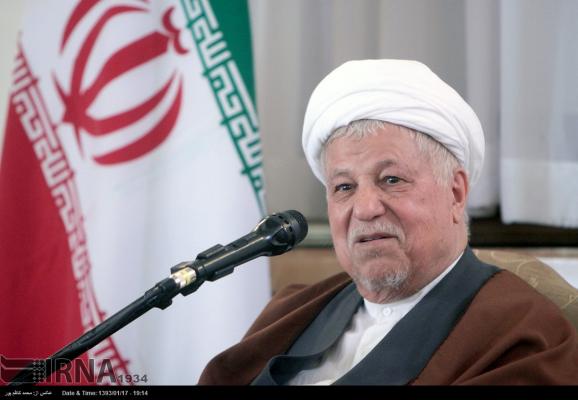 IIKSS - Hashemi says Iran would accept the additional protocol as a trust-building move.
Iran’s Head of Expediency Discernment Council Akbar Hashemi Rafsanjani met Finland’s Foreign Minister Erkki Tuomioja in Tehran on Monday.
Speaking about Iran’s policy regarding its nuclear program and the ongoing negotiations with the West, he asserted that Tehran would like to approve the additional protocol simultaneous with a move from the Western negotiators to remove their economic sanctions on the country.
Hashemi further noted "Moderate European countries would better remind the US of the aftermaths of the sanctions.”
Tuomioja’s meeting with Hashemi follows a series of meetings with other Iranian politicians including President Hassan Rouhani, Foreign Minister Mohammad Javad Zarif and some others during the Finnish politician’s visit to Tehran.
Source: YJC

The delegation led by Egyptian Ambassador Ihab Ahmad Talaat Nasr was received at the Union of Industrialists and Entrepreneurs ...

BP, its partners invest in Azerbaijan

BP, its partners invest almost $60B in Azerbaijan Trend: The British BP company together with its partners on development of the Azeri-Chirag-Guneshli ...

Epic journey across Caspian Sea to break world record   An enough ambitious swimmer has decided to swim in ...