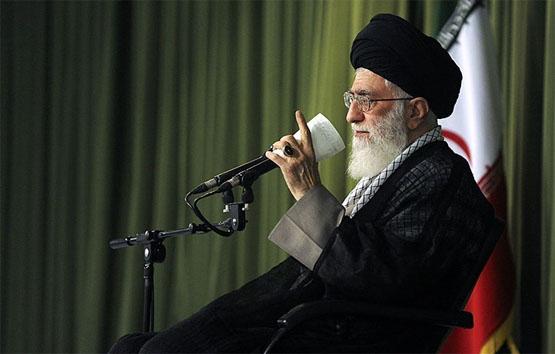 IIKSS - Ayatollah Khamenei says world powers violate nations’ independence, wealth, religion, and ethics.
Supreme Leader ayatollah Khamenei met a number of literary figures on Saturday.
Pointing to current regional concerns he said "The bitter reality of the world today is that the powers violate the independence, wealth, religion, spirituality, honor, and ethics of nations; and they alter the reality with their media dominance.”
Pointing to the recent incidents of Gaza he said "Sometimes they make such a lot of noise when an animal is killed in some forsaken part of the world, whereas now that more than 100 are killed, most of whom are poor helpless kids, not only is it of no importance to them, on the contrary the US and UK officially endorse the attacks.”
"The reality of the world today is the undaunted support of the domineering powers for all sorts of evil and corruption which would serve their interests. On the other hand they would violently fight any purity and sanctity that would not agree with their interests,” Iran’s Supreme Leader exclaimed.
Source: YJC