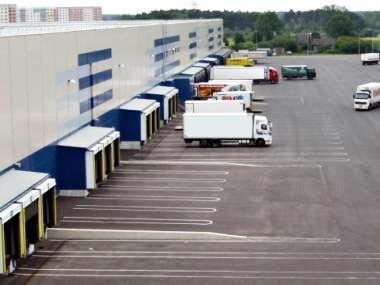 IIKSS - Azerbaijani government intends to increase the share of the private sector in the sphere of logistics in 2017-2020, according to the country’s “Strategic road map on development of logistics and trade”.
The government will prepare a long-term program on attracting the private sector to the logistics sphere, according to the road map.
Liberalization of certain components of the logistics sphere has already started in other countries and touches upon air traffic, sea ports and railways, says the document.
It is noted that the government will conduct a comparative assessment of operations in the sphere of air traffic in Azerbaijan and other countries. Goals and tasks, which will allow increasing the private sector’s share in this sphere, will be determined according to the results of the assessment.
Meanwhile, as part of this work, an aircraft fleet will be created and measures on attracting foreign investors to this sphere will be taken until 2017 – the creation of a low-cost air company.
Relevant structures will prepare short-term and long-term plans on modernization of international and domestic airports’ infrastructure, as well as will develop plans on expanding infrastructure opportunities of the Heydar Aliyev International Airport, according to the road map.
As for the railway transportation, relevant measures will be taken in order to attract foreign investments or create joint enterprises in those spheres, where there is a great demand for investments.
Moreover, relevant steps will be taken in the sphere of maritime traffic in order to ensure the participation of private maritime operators, which will allow effectively transporting transit cargoes through the Caspian Sea.
Attracting private actors to the logistics and trade sphere will allow increasing the GDP by 15 million manats, according to the document’s authors. Meanwhile, revenues will increase by five percent in the sphere of air traffic.
Source: AzerNewsAz

The Beginner's Guide to Caviar

The Beginner's Guide to Caviar How to serve, pair, and savor the finest sturgeon roe. There's no ...