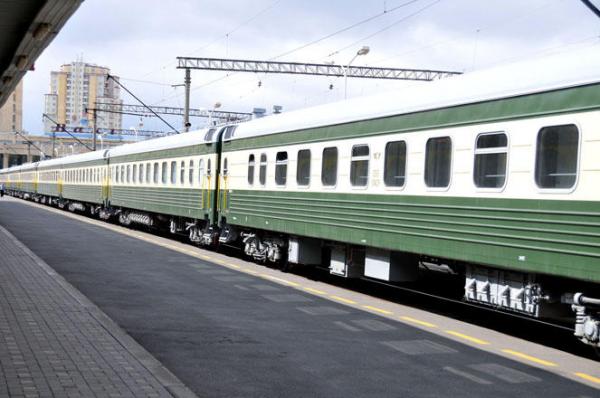 IIKSS - Azerbaijan Railways (ADY) plans to optimize the schedule of the passenger train running from Nakhchivan to Iran’s Mashhad, Deputy Head of the ADY Passenger Transportation Department Madad Shikhamirov told Trend Jan. 6.
He said there is a great interest in the passenger train to Mashhad.
“The second Nakhchivan-Mashhad train departed Jan. 5, the third one will depart Jan. 8, and the tickets for that train are already on sale,” Shikhamirov said. “We are sure this project will be successful, because the passengers from Nakhchivan and Iran show great interest.”
He noted that the work is underway to optimize the train schedule.
“We would like the train to depart from Nakhchivan not early in the morning, as it does now, but at 11:00-12:00 [GMT +5],” said Shikhamirov. “This would be convenient for passengers who arrive in Nakhchivan from the Baku Heydar Aliyev International Airport, because they could catch a train to Mashhad without the need to stay in Nakhchivan for the night.”
He added that the train schedule will be amended after the Novruz holiday, and this has been agreed upon with the Iranian side.
The Nakhchivan-Mashhad high-speed train was launched Dec. 29, 2016. The train runs twice a week - on Thursdays and Sundays.
The train will also make stops in Iranian cities of Jolfa, Tabriz and Tehran.
One-way ticket from Nakhchivan to Mashhad costs 40 Swiss francs. The prices are set based on the Swiss franc rate to Azerbaijani manat on the day of the ticket purchase.
Source: AZERNEWS

IIKSS - The European Bank for Reconstruction and Development provided loans and technical cooperation for more than 30 ...