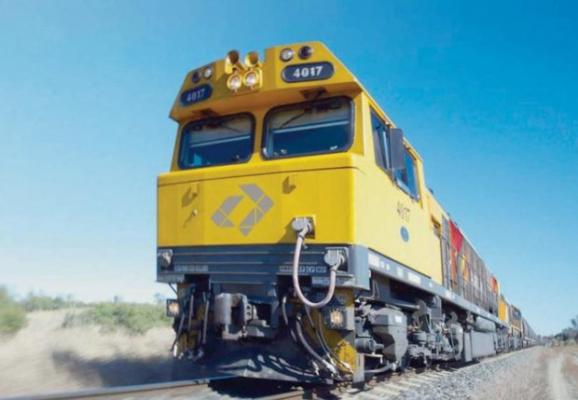 IIKSS - A senior official in Islamic Republic of Iran Railways (RAI) Abbas Nazari said the construction phase of Astara (Iran)-Astara (Azerbaijan) railway line has been accomplished in the Azerbaijani side.
Islamic Republic of Iran Railways Director General for International Affairs at Abbas Nazari said the project is 40 per cent through in the Iranian soil and will become operational within three months.
“A total of 8.5 kilometers of the 100-km railroad has been built which includes a rail bridge over Astarachai river,” stressed the official noting that the remaining 1400 kilometers of the project in Iran is 40 percent through in the infrastructure section.
He noted that only 200 meters of the final portion of the project is located in residential areas and resolving relevant conflicts has been put on the agenda.
Nazari further emphasized that RAI had reached a preliminary agreement with Azerbaijan for attraction of 500-million-dollar finance to the railway project; “once Astara-Astara comes on stream, funding and finance attraction for Rasht-Astara project will be put on the agenda,” maintained the official recalling that legal measures had already kicked off.
Upon completion of Qazvin-Rasht-Astara-Astara railway, the North-South corridor to connect Russia to India through train will be completed and Astara will enjoy three methods of transport including land, sea and rail also referred to as combined transport.
Source: Mehr News Agency

Iran and Russia move closer to heavy water sale   Iran is holding negotiations with Russia to sell the country around ...

IIKSS- During his visit to the State of Qatar on March 15, Turkmenistan President Gurbanguly Berdymukhammedov spoke for ...

Democrats push for investigation of Mike Flynn over talks with Russia

Caspian Int'l Power and Alternative Energy Expo due in Baku

Caspian Int'l Power and Alternative Energy Expo due in Baku Baku Expo Centre will host the only event in ...