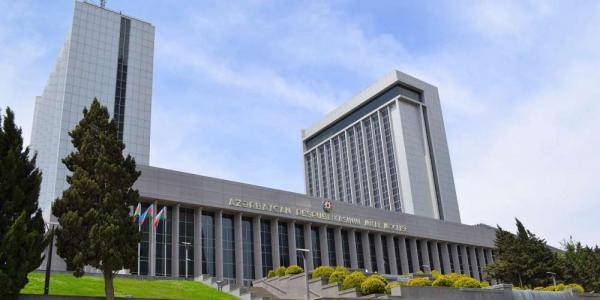 IIKSS - Human Rights Commissioner of the Russian Federation Tatyana Moskalkova has visited the parliament of Azerbaijan where she met with Speaker Ogtay Asadov.
Asadov said Azerbaijan was interested in strengthening its relationship with Azerbaijan.
He lauded the role of mutual visits of heads of state of the two countries in developing bilateral relations.
Asadov pointed to more than 200 documents signed between the two countries. “More than 600 Russian companies effectively operate in Azerbaijan. Azerbaijani businessmen also make a worthy contribution in the economy of Russia,” he said.
Asadov praised the important role of parliaments in developing bilateral relations. He hailed the activity of the joint standing commission between the Azerbaijani and Russian parliaments
He also highlighted the attention given to Russian language in Azerbaijan. “More than 300 schools teach Russian language in Azerbaijan today. Slavic University, branches of Moscow State University named after M.V. Lomonosov and I.M. Sechenov First Moscow State Medical University successfully function in Baku. Newspapers and magazines are published in Russian language in Azerbaijan.”
Moskalkova emphasized the importance of issues discussed at the conference titled “Multiculturalism and human rights: equality, cooperation, development” marking the 15th anniversary of the establishment of the Ombudsman institution in Azerbaijan. She described Azerbaijan`s achievements in preserving and promoting multiculturalism as impressive.
Source: AZERTAC