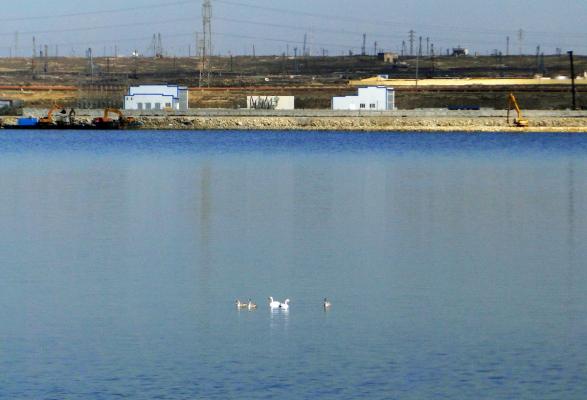 The World Bank’s (WB) Board of Directors will discuss the “Absheron Lakes Cleanup and Rehabilitation” project on July 18, 2017, said the WB.

The estimated cost of the project is $100 million, $85 million of which are the means of the International Bank for Reconstruction and Development, which is a part of WB group, while other $15 million – of the country’s government.

Bank financing would consider investment opportunities regarding four lakes - Khojasan, Lokhbatan, Gu, and Girmizi, according to the WB.

“Both the government and industry are paying increasing attention to the improvement of environmental quality in urban areas as a way to sustain investments and development. The residential expansion of the Baku area will occur to the west and to the east, where polluted lakes and lands are located,” said the WB.

“Urban lakes are a key feature of the landscape that could, if properly cleaned up, significantly contribute to the improvement in the quality of life in the Greater Baku area. Land redevelopment, if managed appropriately, will also bring development and employment opportunities and share of prosperity to the local population,” according to the WB.

Pollution from the oil sector is acutely observed and documented in many locations of the Absheron Peninsula – the center of the oil production area, which makes the Peninsula one of the regions with significant land contamination, said the WB.

Regulating authorities also recognize that addressing such issues is highly complex, and requires a systemic approach and high level of technical expertise as well as significant financial resources, according to the WB.

The government of Azerbaijan is therefore seeking external support from the World Bank and other international financial institutions, said the bank.

IIKSS- Russia is “a large and important neighbor of the EU,” and it’s necessary for the bloc to ...

Total Seeks Help with Absheron Sales: Ministry Source French major Total wants the Azerbaijani government to help it with the ...